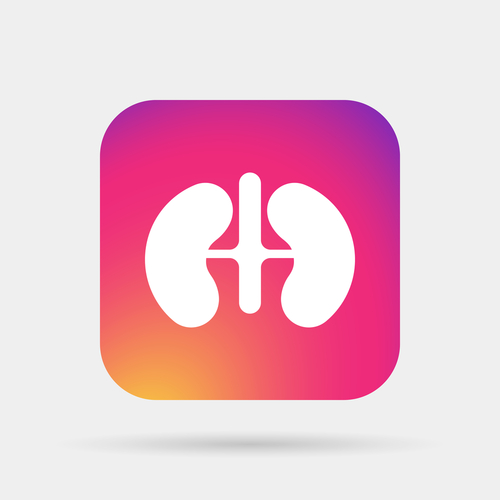 4 Foods to Prevent Kidney Damage (and 3 to Avoid)

According to the Centers for Disease Control and Prevention, one in ten Americans have some form of kidney disease. That’s roughly 26 million people suffering from the disease, which is a staggering number.

The truth is, the majority of these people could have avoided developing issues with their kidneys by eating the right foods. We say it on this blog all the time, but the foods we choose to eat play a much larger role in our overall health than most people realize. And kidney disease is no exception.

In fact, Alex Chang, MD of Johns Hopkins University found that people whose diets consisted mostly of processed foods loaded with sugar and sodium and very little whole foods such as fruits and vegetables were far more likely to develop kidney disease.

If you want to avoid becoming a statistic and protect your kidneys, read on to find out which foods you should be including in (and eliminating from) your diet.

Garlic can support the health of your kidneys in a couple of different ways. To start, garlic contains anti-inflammatory properties which can prevent a host of diseases. All disease results from inflammation, so eating as many anti-inflammatory foods as possible is in your health’s best interest.

[Editor’s note: No anti-inflammatory diet would be complete without a quality fish oil supplement. Here’s one we recommend to all our readers 🙂]

Garlic is also great at preventing high blood pressure, which can wreak havoc on your kidneys, among other organs. Those people who tend to over salt foods may find they need less or even none when they flavor their food with garlic instead.

So, try adding some garlic to your diet to help reduce inflammation and the risk of hypertension.

If you are the type to turn your nose up at the mere thought of eating cabbage, you might want to change your mind. Cabbage, part of the cruciferous vegetable family, a group of veggies known to effectively fight free radicals, is very rich in phytonutrients. Along with these compounds, cabbage is also rich in fiber and vitamin C, also great for kidney health.

If you really want to optimize your health, try eating sauerkraut. This fermented food will add beneficial probiotics to your gut and decrease overall inflammation throughout the body.

How can a vegetable that makes your urine smell funny be so good for your kidneys? Well, it turns out this delicious spring vegetable has the ability to act as a sort of natural kidney cleanser and may potentially even be able to break up uric acid, which is terrific news for those who suffer from kidney stones.

Cucumbers have got to be one of the most refreshing foods on the planet!  This is most likely due to the fact that cucumbers are almost 90% water. The more water you get into your body, the healthier your kidneys will be. When it comes to kidney health, hydration is key!

Cucumbers also happen to be a rich source of vitamins A and C as well as many minerals and fiber. Like asparagus, cucumbers have also been known to help the body get rid of excess uric acid, which can cause kidney stones as well as gout.

The great thing about cucumbers is they are so versatile, so it’s easy to get more into your diet. Put a few slices on your sandwich, make cucumber salad, or add some slices to a pitcher of water and drink all day. Now that you know 4 of the most powerful foods that promote kidney health, let’s take a look at a handful of foods you should absolutely avoid. Since the two major causes of kidney disease are diabetes and hypertension, it makes sense that we would want to cut foods from our diet that are loaded with sugar, fat and salt.

The following three foods should be avoided.

Soda is one of the absolute worst foods ever created by man. Sure, it tastes good, but soda provides no (zero, zilch, nada) nutritional benefits and is packed with sugar. It is diabetes in a can. Did you know a typical 12 oz. can has 152 calories? It would take 3 or more cans to fill a supersized beverage at a fast-food restaurant.

Studies have linked soda to not only diabetes and kidney disease, but also osteoporosis and dental problems. And, while diet soda may be lower in calories, it often contains additives like artificial sweeteners. So, skip soda completely and stick with good ol’ water. Your kidneys will thank you.

Cold cuts like ham and bologna and salami are significant sources of sodium and also nitrates, which have been linked to cancer. Always choose low-sodium, low-nitrate meats, or better yet, cook your own ham or chicken at home and make sandwiches from that instead.

Generally speaking, the more processed a food is, the more damaging it is to your health. Pre-made meals like frozen pizza and microwaveable dinners are typically loaded with fat, sugar, sodium, and other harmful chemicals, all of which can lead to kidney disease.

And don’t be fooled: even frozen dinners that are labeled as healthy or low in calories can still be significantly unhealthy, so always read those labels. It’s also a good idea to pair a pre-made meal with fresh fruits and vegetables.

As always, if you think you may be suffering from kidney disease, consult with your physician. Also, if you have already been diagnosed and are interested in adding new foods to your diet, speak with your doctor before introducing new foods. For instance, potassium intake must be monitored when dealing with severe kidney disease.

If you’re interested in preventing kidney disease while boosting your overall health, try adding (and subtracting) these foods to (and from) your diet!