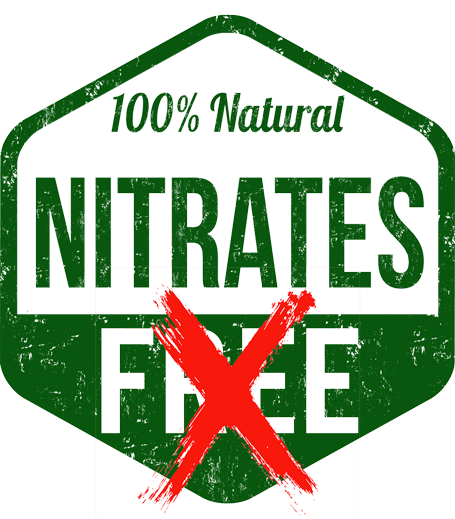 A Sheep in Wolf’s Clothing

Nitrates and nitrites have been maligned by health media for several decades.

Many people have heard that these food preservatives cause cancer and other serious health problems…but is there any truth to the claims?

With nitrates and nitrites providing such a powerful, natural alternative to toxic medications for actually LOWERING High Blood Pressure…

This is an important question.

Here’s a deeper look at the facts AND the fiction…

Nitrates and nitrites were first claimed to be carcinogenic by researchers decades ago, and the mass media has promoted the idea ever since.

Unfortunate as it is typical, those same journalists didn’t devote the same fervor to the numerous studies that later completely disproved those earlier claims.

And, as more Americans have taken steps to safeguard their health, myths about the harmful effects from nitrates and nitrites have infamously shaped popular dietary habits.

Reminiscent of past bogus claims surrounding saturated fat and cholesterol being hazardous, the nitrate scare has caused many consumers to be falsely discouraged from consuming nitrate/nitrite rich foods, which could be otherwise benefitting their health in countless ways.

Although one might assume that nitrates and nitrites are among the many highly processed chemicals created by humans, these preservatives are naturally present in the food supply.

In fact, vegetables are known to be the biggest source of nitrates in the human diet.

In addition to research showing that nitrates don’t have adverse effects, some evidence points to nitrates having beneficial effects in the body.

Some researchers have even stated that nitrates and nitrites should be re-classified as nutrients.

Food manufacturers have responded to widespread fear of nitrates by offering products that are free of these preservatives.

In some cases, these products are simply preserved with celery juice or another vegetable-based source of nitrates.

This can actually result in higher levels of nitrates than those found in conventionally preserved foods, and vegetable-based nitrates are still turned into nitrites in the body like conventional nitrates.

When manufacturers leave nitrates out completely, consumers are placed at greater risk of food poisoning. Preserved meat products, which are among the foods most likely to contain nitrates, are ideal substrates for Clostridium botulinum when nitrates are left out.

With these facts in mind, the “nitrate free” label can actually be considered deceptive or even a sign of increased food poisoning risk.

The evidence is clear:

Nitrates and nitrites are not the destructive junk food you’ve been led to believe.

In addition to inhibiting growth of dangerous microorganisms, these naturally occurring preservatives may even possess nutritional properties and other direct health benefits…

Such as, relaxing the blood vessels and promoting healthy blood pressure levels.

In fact, on the next page, my buddy Nick “The Nutrition Nerd” Pineault dives deeper into this common food lie, as well as 2 others you wouldn’t expect…

Read on as he cites 11 independent studies to prove how and why you’ve been lied to, by the global food conglomerates and the FDA, about these distinctly nutritious foods.