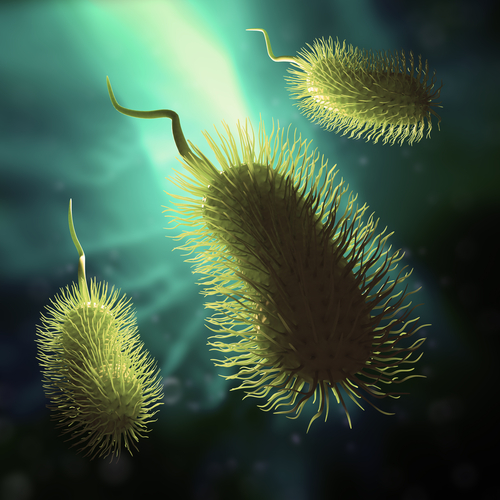 Gut Bacteria – The Good, The Bad and The Ugly

As I mentioned in my last blog post, your gut is home to trillions of microorganisms whose cells outnumber your own 10 to 1. These microorganisms, which are made up of good bacteria, bad bacteria, viruses, and even some yeast and fungi, all play a critical role in your overall health and well-being.

It stands to reason that a healthy GI tract has more good bacteria than bad. These good guys spend their lives seeking out and destroying the bad guys and you benefit from all of their hard work. But you unintentionally make their work even harder, and sometimes impossible, by ingesting medications such as antibiotics, making poor food choices, and living with far too much stress.

How Do All of These Microbes Get in There?

For nine months, fetuses grow in wombs that are completely germ-free, which means when we are born we have not a single microbe in our GI tract. As we make our way out through the birth canal, our mothers pass on a sort of “starter-kit”, essentially colonizing bacteria in our gut. Happy birthday, I got you these microbes!

From there more bacteria make their way to our guts via the people we come in contact with, the toys and everything else we put in our mouths at that age, and of course, breastfeeding.

Some health experts argue that babies who are born via cesarean or fed formula are at a health disadvantage because they colonize a totally different bacteria brew. But, regardless of where your bacteria originates from, the first ones to make themselves at home will generally reproduce over years and years and become residents for life.

The good bacteria, or probiotics in your gut, act much like a bouncer at a hip nightclub in Manhattan – they try and keep the riffraff out. The gut is porous, it has to be or we wouldn’t be able to absorb nutrients from the foods we eat. But this porousness also makes us susceptible to invasion from harmful pathogens. For example, each year people in this country become sick when they eat meat or produce that is tainted with Salmonella or the e coli bacteria.

So the good bacteria in your gut take a look at the line of misfits behind the velvet rope and wave in the desirable nutrients but kick the dangerous viruses and bacteria to the curb.

As you can imagine, living life on this planet puts us in the direct path of harmful bacteria all of the time. But, as long as our good bacteria is flourishing and outnumbers the bad guys, we have nothing to worry about.

Sadly, most of us have had our bacteria ratio screwed up by outside forces such as antibiotics. While antibiotics have a place in medicine for sure, there needs to be a greater understanding of the fact that they pose a major threat to our microbial balance because they destroy both good AND bad bacteria. Once the good bacteria has been wiped out, no one is watching the door and that’s when bad bacteria takes the opportunity to move right in.

Just how much damage can antibiotics cause? That depends on the drug’s formulation, strength, absorbability and how long a person takes it. Recent studies have shown that a single round of antibiotics can suppress beneficial bacteria for up to 16 months. That’s just a single round. When you think of all of the times you have been prescribes antibiotics in your life, you start to realize that perhaps right now, as you read this, your gut is most likely overpopulated with bad bacteria, and that this imbalance in your gut is quite possibly causing a majority (if not all) of your illnesses and chronic health issues.

But antibiotics aren’t the only threat to your gut’s health. Extended intervals of stress (who among us hasn’t experienced those?) can also damage the good bacteria and allow the bad guys to sneak in through the intestinal lining. The more stressed we are, the more suppressed our immune system gets and the more opportunity we give bad bacteria to proliferate.

But wait, there are still other factors that cause bad bacteria to take over your GI tract. Have you taken a cold-hard look at the contents of your kitchen cabinets and refrigerator lately? Everything you put into your mouth either feeds the good guys or the bad guys.

Want to give your good bacteria a buffet they’ll love? Nourish them with whole foods and a diet that contains high-water and a high-nutrient-content. Want to throw the bad bacteria a party? Send down lots of process foods that contain high amounts of simple sugars.

At the end of the day, it doesn’t really matter where this imbalance came from, a medication, a struggle to pay the mortgage, or the daily lunches at Burger King. What matters is that under any of these conditions, bad bacteria are allowed to flourish, and when they outnumber the good guys, you become ill, sometimes very ill. Therefor it’s incredibly important (which is a significant understatement) that you keep your gut healthy and your bacteria ratios in check.

Would you like to know the best and easiest way to do this for optimum health? Keep an eye out for my next email where I will tell you exactly what you need to do to keep your gut healthy.