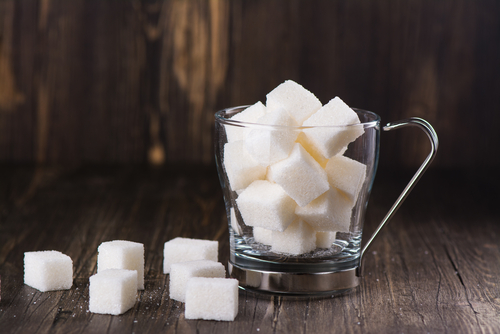 If you read health articles and news reports, you’ve no doubt heard the sobering news: diabetes is at an all-time high in the United States, according to data from the CDC. Consider that in 1958, only 1% of the total population in this country (about a half a million people) was diagnosed with diabetes.

In 2015, almost 10% of the US population had been diagnosed with diabetes. That’s roughly 30 million Americans over the age of 18.

But it’s even more disturbing when you consider the rate at which these numbers increased. It wasn’t a slow and steady increase. Between 1990 and 2010, the number of people living with diabetes TRIPLED and the number of new cases doubles every year.

Now, if you’re like most people, you hear these startling statistics and you do whatever you can to ensure you never develop type 2 diabetes. You eat right, watch the sweets and processed foods, and try to get some exercise every week to maintain a healthy weight.

But what if I told you there were some odd and very surprising triggers for diabetes. Beyond sugar consumption and obesity, here are some unknown reasons that people may still develop type 2 diabetes:

We all need some time to ourselves to decompress and lay on the couch streaming Netflix. But even when we’re tired and not in a great mood, it’s important to get out of the house and be around friends and family. That’s because research has shown that social isolation is linked to a greater risk for developing type 2 diabetes. In fact, according to health findings, women aged 40 to 75 who did not regularly participate in social activities were 112% more likely to develop diabetes compared to those women with strong social ties.

While medical professionals don’t know the exact reason for this connection, they do know that social isolation tends to lead to depression, and depression is a risk factor for developing diabetes. So, if you find yourself sitting home alone most weekends, join a social group or volunteer and get out there to meet new people. Your health depends on it.

Coffee lovers rejoice: there’s even more reason to enjoy a cup (or two) of java in the morning. According to a Harvard University study,  people who cut their coffee consumption by more than one cup per day over a four year period were found to be 17% more likely to develop diabetes compared to those who didn’t make the change. Those study participants who actually added an extra cup of coffee lowered their risk of developing diabetes by 11%.

While experts don’t fully understand coffee’s protective effects, drinking it seems to promote steadier blood sugar levels. But use common sense, there is no reason to up your levels to drinking 10 cups of coffee a day. One to three cups is good. And don’t add a bunch of sugar to your coffee or you’re defeating the purpose. If you must have your coffee a bit sweet, try using stevia.

Prescription medications have a tendency to do more harm than good. And sadly, our medical doctors at this point in time are taught how to diagnose and prescribe drugs and surgery to “cure” people.

Thousands of Americans are prescribed statins each year to get their cholesterol in check. Unfortunately, statins have been linked to an increased risk in developing type 2 diabetes, according to a 2010 analysis of 13 studies that followed 91,000 individuals.

If your doctor has recommended you go on statins, talk to them about making lifestyle choices instead. Often eating right, quitting smoking and exercising can be more than enough to bring those levels down.

The latest research has found a link between certain bacteria and an increased risk of developing insulin resistance and glucose tolerance, two symptoms of type 2 diabetes. This was a result of exposure to a toxin produced by the Staphylococcus aureus (staph) bacteria, found on the skin and in the human respiratory tract.

Researchers believe that colonization of staph bacteria can lead to weight gain, which in turn increases a person’s odds of developing type 2 diabetes.

And speaking of bacteria, it turns out that artificial sweeteners have been shown to increase blood sugars due to the changes they make to gut bacteria. Researchers from Israel found that certain sweeteners caused significant changes to the gut flora, leasing to increased glucose tolerance.

We have warned for a while that artificial sweeteners did more harm than good. Stay away from these manmade sweeteners.

How Can You Protect Yourself from Type 2 Diabetes?

So what are people to do if they want to prevent themselves from developing type 2 diabetes?

Well, for the most part, it really is a matter of common sense. Eating right, exercising and maintaining an ideal weight are your first line of defense against type 2 diabetes.

That’s why we at Primal Health do our best to make sure our readers know the LATEST research and the REAL reasons disease develops. We also want to empower our readers by sharing truths.

If you would like to know how to reverse your type 2 diabetes so you can throw your medication away once and for all, then we invite you to pick up a copy of Smart Blood Sugar.

Find out how one doctor is helping her patients say goodbye to Type 2 diabetes for good.