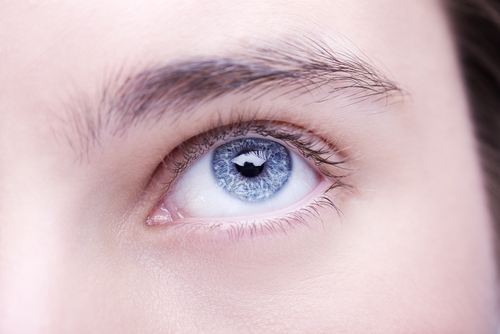 Age-related Macular Degeneration (AMD) is the leading cause of irreversible vision loss among elderly people. What begins as a slow loss of central vision, over time, results in difficulty reading, driving and even recognizing the faces of loved ones. AMD not only makes doing everyday tasks impossible, it diminishes a person’s quality of life as well.

While there is no current cure for AMD, there are a number of things you can do to reduce your risk of developing the disease and experiencing vision loss.

Without question, the number one thing you can do to prevent vision loss is to stop smoking. If you’re not a smoker, feel free to skip to the next section. If you ARE a smoker, continue reading to learn how smoking often leads to AMD.

According to a report published in the British Medical Journal, smokers are up to four times more likely than non-smokers to develop macular degeneration. In fact, in Great Britain alone, there are an estimated 53,900 elderly people who have AMD that can be attributed to smoking. Of those individuals, over 17,000 are legally blind.

Smoking inevitably leads to the death of blood vessels, negatively impacting the body’s ability to circulate blood efficiently. Whenever blood is unable to adequately feed the eyes, tissue dies and loss of vision is the result.

If you’ve thought about quitting smoking, now is the time.

==> Click here for 12 brain-protecting actions from the landmark UCLA study that demonstrated Memory Loss can be reversed.

A study published by researchers at the Massachusetts Eye and Ear Infirmary reported that individuals who ate the most vegetables rich in carotenoids such as lutein and zeaxanthin had a 43% lower risk of developing AMD.

With this in mind, you should begin eating more dark leafy greens like raw spinach, kale and collard greens.

There is also plenty of evidence that suggests eating fish on a regular basis is a key way to prevent macular degeneration.

For instance, a study at the Massachusetts Eye and Ear Infirmary showed that senior men with the highest levels of fish consumption (more than two servings weekly) were 45% less likely to develop AMD than those who consumed less amounts of fish.

Similar findings occurred at The University of Sidney by Brian Chua and his researchers. They studied 2,900 people aged 49 or older and discovered that people who ate fish at least once a week were 40% less likely to develop AMD.

As you know, fish, especially cold water fatty fish like tuna, salmon and mackerel, are rich in essential omega-3s, and these fatty acids are powerful fighters of inflammation, which causes all pain and disease in the body.

Did you know that there’s a nutrient in fish – but not in 99 out of 100 fish oils — that’s been proven to support healthy cholesterol and healthy blood sugar? It works wonders for your heart as well. So why doesn’t every fish oil supplement have this?

==> Watch Dr. Will Mitchell expose the truth about fish oil in this free presentation.

A study in the American Journal of Clinical Nutrition confirmed that a diet high in refined carbohydrates increases a person’s risk of developing macular degeneration. Highly refined foods like white breads, cookies, crackers, cereals (most processed foods, really) have a high glycemic index, causing a rapid increase in blood sugar and insulin release.

Focus on eating more low glycemic index foods like most fruits, brown rice, multi-grain and whole grain breads instead. In general, a good rule of thumb for optimum health is to eat more whole foods and less (or no) processed, prepackaged foods.

Data from the Framingham Heart and Eye Studies and Beaver Dam Eye Study indicate a significant link between hypertension and the development of advanced, potentially blinding forms of macular degeneration.

See why some doctors are taking their patients off these 4 widely prescribed BP drugs in favor of a safer alternative.

It goes without saying that keeping your eyes healthy will require you get regular eye exams. The American Academy of Ophthalmology recommends a dilated eye exam at least every two to three years if you’re between 45 and 60 and every year after the age of 60.

Regular eye exams will help your eye doctor detect AMD and monitor it so that you can receive proper AMD treatment, if appropriate, beyond these preventive measures.

Though there is no conclusive evidence that overexposure to the sun directly causes AMD, there are findings that suggest an association between cumulative eye damage from overexposure to both UV and high energy visible (HEV) or “blue” light.

To be on the safe side and to protect your eyes from any degeneration, it’s a good idea to wear sunglasses that protect against both UV and HEV light outdoors.

By following these steps, you’ll do everything in your power to protect your eyes from AMD.