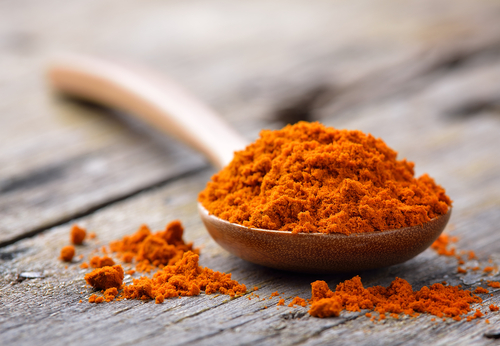 If I told you there was a new (but very old) diabetes medicine that could not only lower your blood sugar and cholesterol, but also protect your eyes and kidneys and much, much more, would you run to your doctor and ask for a prescription?

Well good news! No prescription is needed for this medicine, because it’s actually a spice called turmeric.

Turmeric is made from a root called Curcuma longa, a member of the ginger family. It is what gives curry its famously yellow/orange color.

Turmeric has been used for centuries in both Ayurvedic (Indian) and Chinese medicine to treat everything from digestion problems, liver problems and pain management, thanks to its anti-inflammatory properties. What makes turmeric so beneficial to so many health problems is the curcumin found within it.

Research conducted at the Beijing University suggests that curcumin may also effectively treat aspects of both type 1 and type 2 diabetes. Let’s take a look at some of the benefits turmeric -and its chemical component curcumin – may offer diabetes patients.

Many studies have now shown turmeric’s ability to effectively reduce blood sugar as well as cholesterol levels. This is an obvious win/win.

Most diabetics rely on prescription medications to lower blood sugar and cholesterol, but wouldn’t it be great if adding a delicious spice to your diet could get the same job done!

In 1980, Dr. Ludwig and his colleagues at the Mayo Clinic noticed patients developing fatty liver disease, similar to what they had seen in alcoholics, but these patients did not drink any alcohol. They termed this new disease Non-Alcoholic Steatohepatitis (NASH).

While these patients were not alcohol drinkers, they all did share other characteristics, and that was they were obese and suffered from obesity-associated diseases such as diabetes. When fatty infiltration of the liver is obvious, but without evidence of liver damage, the term Non-Alcoholic Fatty Liver Disease (NAFLD) is often used.

In animal studies, curcumin prevented fat deposits from accumulating in the liver.

Curcumin has been shown to effectively suppress the activity of white blood cells called macrophages that cause inflammation. Researchers now believe curcumin may potentially slow down many complications of diabetes that are a result of inflammation.

Curcumin has been shown to improve insulin function and reduce insulin resistance by helping insulin get into the cells.

A study of 240 people in Thailand found that curcumin was able to prevent prediabetes from progressing into full-blown diabetes.

As I just mentioned, in type 1 diabetes, the pancreas is not able to produce enough (or any) insulin, and so the patient must inject synthetic insulin. But studies have found that curcumin protects beta cells, the cells inside the pancreas responsible for producing insulin. Studies found that beta cells grew faster and lived longer in rats who consumed curcumin.

Curcumin supports kidney health by clearing the creatinine and urea from the blood, which is what they kidneys are supposed to do. So you could say curcumin is shouldering the brunt of responsibility, taking this pressure off of the kidneys

According to Cancer Research UK, “It seems to be able to kill cancer cells and prevent more from growing. It has the strongest effects on breast cancer, bowel cancer, stomach cancer, and skin cancer cells.”

As we get older, our bodies become more and more polluted with free radicals, which cause the aging process and the development of numerous diseases. In some studies, curcumin was found to be able to scavenge reactive oxygen species (ROS) molecules responsible for “rusting” blood and organs.

How to Get More Curcumin/Turmeric into Your Diet

Turmeric, curcumin, and curry… it can get a little confusing knowing what to take exactly to reap all of these wonderful health benefits.

Here’s what you need to remember:

Turmeric is a root that is either sold whole or ground up. You can cook with it, sprinkle it on food or even buy it in capsule form as a supplement.

Curcumin is the much-studied active ingredient in turmeric.

Curcumin on its own is actually poorly absorbed by the body. You won’t get much of it before it is completely cleared from the body. The reason that so many people get health benefits when they eat curry powder, which contains turmeric, is because curry powder often contains black pepper, and black pepper contains a chemical called piperine that keeps the curcumin in the blood longer, allowing it to be better absorbed.

If you opt to go for curcumin supplements, be sure to read the ingredient list. The very first ingredient should say “pure turmeric curcumin.” Many supplements on the market are full of fillers and don’t contain much curcumin at all. So read those labels!

Isn’t it great when something as natural and easy to take as turmeric can support your health so well? Would you like to learn about other natural methods of not only managing your type 2 diabetes, but completely REVERSING it?

Watch this presentation by a doctor who has helped countless patients get off their prescription meds and live life without diabetes.