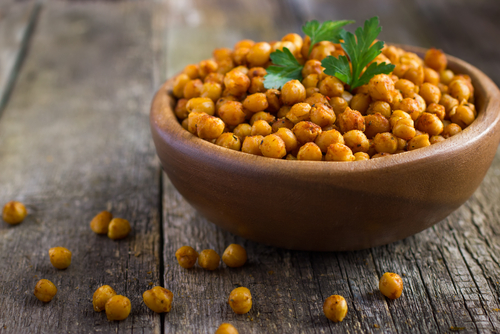 Benefits of Choline and Signs You May Be Deficient

Choline is like the late comedienne Rodney Dangerfield – it doesn’t get the respect it deserves. In fact, you may have never even heard of choline before. But this macronutrient is critical for optimum health. Choline is important for liver function, proper brain development, nerve function, muscle maintenance, supporting energy levels, and maintaining a healthy metabolism.

Let’s take a closer look at this rarely-talked-about nutrient.

Choline assists your body in absorbing fat. While this may make you gasp, relax, this is a good thing. A great thing, in fact. Once your body absorbs fats, it uses them to build cell membranes and structures. When our bodies lack choline, our cells cannot hold the integrity of their structure.

Choline is also necessary in the creation of DNA, which is, in turn, responsible for building our entire body. Choline and folate are known to be key nutrients involved in the methyl group processes, which the body uses to form genetic material that helps build every system.

The body uses choline in a variety of ways that are critical for nerve functioning. Without choline, nerve signaling would be inhibited as would the maintenance of the membranes of brain cells.

Choline acts like a precursor to certain important neurotransmitters, including acetylcholine, which is used in healthy nerve and muscle function. Neurotransmitters are necessary for proper communication used throughout the body to relay information from system to system.

The neurotransmitter acetylcholine plays an important part in memory and learning, and a choline deficiency can result in poor memory, poor concentration, mood changes, and other cognitive impairments, particularly as someone ages.

Choline has a lot to do with the absorption and use of fat in the body. It is necessary to transport fat (such as the good cholesterol and triglycerides) from the liver to the cells throughout the body. Because of this, it acts like a liver cleanser, keeping too much fat from building up. Studies have found that people with a choline deficiency are more at risk for experiencing liver damage and even liver failure.

Choline has been found to improve energy levels and recovery time following an intense workout. Additionally, your muscles use choline to prevent fatigue and muscles aches and pains. Plus, every time you move a muscle, that muscle needs choline to activate the neurotransmitter acetylcholine, which sends chemical signals to muscles and makes them mobile.

Important for Children’s Growth and Development

Neuron plasticity is a term that refers to the brain’s ability to build new neuron connections. Choline is thought to be incredibly important for supporting your brain’s plasticity. This is particularly true in children as they age, who need enough choline in their diet to retain information, and help with math skills, creative thinking, verbal abilities, social cues and more.

Choline is also necessary in the formation of synapses, those connections between neurons, and may help prevent learning disabilities, including ADHD.

Signs and Symptoms of Choline Deficiency

Studies have found most people don’t get enough choline in their diets, and even those individuals who do eat choline-rich foods are susceptible to a deficiency when the choline is not absorbed properly.

[Editor’s note: important nutrients are often not absorbed due to poor gut health. Here’s how you can easily heal your gut, fight inflammation, and get healthy!]

Because of this, it is thought that the average person does not have the recommended levels of choline present within their body.

Symptoms of a choline deficiency often include:

A choline deficiency is also thought to play a part in age-related cognitive decline, including memory loss and Alzheimer’s disease. This is because choline helps with neurotransmitter maintenance and, as people age, nerve signaling often decreases and signs of dementia may be experienced. Choline is incredibly important for your cognition and general mental health – but along with a higher choline intake, there’s more effort needed to keep your mind in tip-top shape. Here’s my recommendation to do just that!

Those with a particularly high risk of choline deficiency are individuals who have been diagnosed with a “fatty liver.” Also known as fatty liver disease (FLD), this condition stems from triglyceride fat accumulating in liver’s cells. It commonly develops with people who have an excessive alcohol intake, are obese, suffer with diabetes or a form of insulin resistance, and have other diseases that influence fat metabolism.

Eating a varied diet is the best way to ensure you acquire enough choline. Choline is especially present in animal products, so vegetarians and vegans are more prone to experiencing a deficiency in choline.

Here are some foods to include in your diet each day:

Just 3 ounces of beef liver contain 283 mg of choline, which is 51% the daily recommended value. While liver and onions is an acquired taste for some, acquiring it may be one of the healthiest things you do.

Just one serving (approx.1 fillet) of this delicious cold water fish contains 242 mg or 44% DV. Grill some salmon on your barbeque this summer.

The main ingredient of hummus, chickpeas are not only loaded with protein but also choline. 1 cup of uncooked chickpeas contains 198 mg of the nutrient, which is 36% DV. This summer, forgo chips and dip and give your guests hummus with cut up veggies.

It’s no wonder split pea soup is a lot of people’s favorite. Just 1 cup of uncooked peas contains 188 mg, which is 34% DV. While warmer temps may make a warm bowl of soup unappealing, you can easily add split peas to your salads.

Eggs have finally gotten some much-deserved respect. No longer vilified, eggs have been shown to be a superfood, yolks and all. Just one large egg contains 147 mg of choline, which is 27% DV. Have a couple scrambled for breakfast and you’re more than halfway to your daily intake.

If you want to ensure your brain, muscles, liver, and metabolism are functioning optimally, be sure to get enough choline into your daily diet.