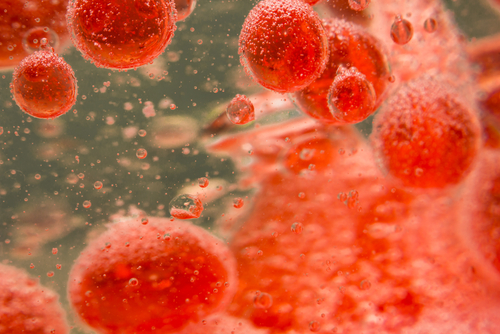 A majority of these people will turn to prescription insulin to manage their blood sugar levels. Perhaps you are currently taking insulin injections to keep your glucose levels in check. But are you one of the many people who absolutely fear and hate needs and getting poked every day?

Are there other, natural ways of controlling blood glucose that don’t require insulin injections? Recent research is indicating that yes, there are. Apple cider vinegar seems to be a solution worth considering.

Many diabetes medications on the market have been designed to do one thing, and that is to block the digestion of sugars and starches. By blocking these nutrients, your body does not experience a blood sugar spike.

Apple cider vinegar (ACV) has been found to do the very same thing. In fact, in an article published by the American Association of Diabetes, researchers found that ACV helped to decrease the blood sugar levels after meals in type I diabetes patients. They concluded that just two tablespoons of ACV before a meal can be very effective at regulating blood sugar levels during and after the meal.

Does ACV also help those individuals living with type 2 diabetes?

If you or someone you love has been living with type 2 diabetes, you know that insulin resistance played a big role in the development of the disease. It’s important to find healthy and natural ways to improve insulin sensitivity in your body.

According to a study published in Diabetes Care, ACV was able to improve insulin sensitivity in 29 patients who were given 40 grams of ACV with 40 grams of water and 1 teaspoon of saccharine after a meal composed of a white bagel with butter and orange juice.

ACV has been shown to be effective at regulating glucose response after a meal in healthy individuals as well, according to a study published in the European Journal of Clinical Nutrition. In this particular study, researchers gave participants a meal comprised of a salad with or without vinegar as part of the salad dressing.

The results showed that the ACV had significant results on the glycemic response of the individuals. This means that ACV may be used to prevent the development of type 2 diabetes in the first place.

If you live with diabetes, you most likely have experienced the dawn phenomenon, also called the dawn effect. This term describes when you experience an abnormal early morning glucose spike, usually between the hours of 2am and 8am.

Many researchers believe this spike results from the natural overnight release of regulatory hormones including growth hormone, cortisol, glucagon and epinephrine, which increases insulin resistance, causing blood sugar to rise.

The spike may also be a result of eating high amounts of carbs late the night before and not getting enough insulin coverage.

How Much Apple Cider Vinegar Should You Take?

Most of these studies suggest that just two tablespoons, taken either before a meal or before bed can help you maintain steady blood sugar levels. You can add this ACV to your salad dressing or simply to a glass of water and drink it.

We should mention that drinking undiluted ACV isn’t recommended as it can erode tooth enamel and causing a burning sensation to the throat. That’s why adding it to a glass of water is a great way to drink it down.

Can Type 2 Diabetes be Reversed with Natural Solutions?

You have to wonder, if something as natural and readily available as apple cider vinegar can have the same impact on blood glucose as prescription medications, what other natural solutions can manage or even reverse type 2 diabetes?

It turns out type 2 diabetes does NOT have to be a life sentence. This is a lifestyle disease and often making very specific lifestyle changes can absolutely and completely reverse the disease.

If you’d like to learn how you can reverse your type 2 diabetes for good, pick up your copy of Smart Blood Sugar. You’ll learn exactly how one doctor is helping her patients throw away their insulin for good!