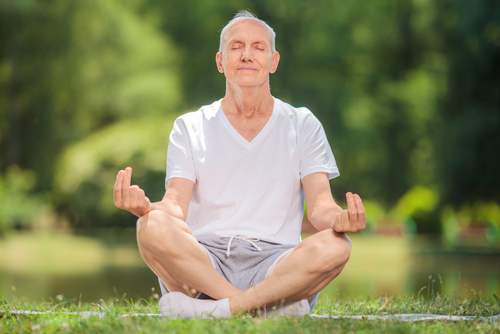 Common Side Effects of Antidepressants and Natural Alternatives

There was a time when learning that someone you know was on an antidepressant was a bit shocking. Nowadays, it seems as if just about everyone around us is on some type of antidepressant.

With so many prescriptions being written for antidepressants, we can assume these drugs do what they are meant to do. Can’t we?

Well consider one clinical trial review that defined the “true drug effect” of antidepressant to be around 10-20 percent. This means that 80-90 percent of patients in antidepressant drug trials responded only to a placebo effect or had no actual response to the drug.

To add insult to injury, antidepressants come with some pretty nasty side effects, and even many doctors and researchers are now beginning to express concern that the benefits of these drugs simply don’t make up for the major risks involved in taking them.

There is also concern about the length of time some people are on these drugs. In 1993, the APA’s practice guideline recommended that antidepressants be for short-term use only. And studies on drugs rarely go beyond a two-year observational period.

At the end of the day we have to ask ourselves, do the benefits of antidepressants outweigh the risks of taking them?

Common Side Effects of Antidepressants

If you’ve ever been on antidepressants or know someone who has, you most likely know they tend to come with some pretty inconvenient, if not downright nasty, side effects. Here are some of the most common ones:

The absolute worst side effect of antidepressants is an increase of suicidal thoughts. There are some skeptics over the years who have suggested it is only an impact of the depression itself. But multiple studies have made it clear that SSRIs do seem to increase risk of suicide in some patients. Added evidence is the fact many people find relief from these suicidal thoughts once discontinuing their medication.

(NOTE: Always speak to your physician before stopping medication. Stopping suddenly can also cause negative side effects.)

Digestive upset is a very common side effect of these drugs. Nausea is the most frequent complaint, followed by diarrhea.

Frequent headaches are a well-known side effect of antidepressants.

Many people taking antidepressants find they always feel tired. Some people feel tired on their own and some feel tired as a result of insomnia.

It is common to experience either a lack of libido or impotence (or both) while taking antidepressants. Some studies have found as much as 80% of people on antidepressant will experience some kind of sexual dysfunction.

It is common to gain weight and/or be unable to lose unwanted weight while on antidepressants.

As you can see, these side effects are apt to make someone who is not depressed start to feel depressed. These symptoms can be absolutely unbearable to those who are already feeling depressed.

When it comes to managing your depression, you may feel there aren’t many options besides antidepressants. But the good news is, there are quite a few natural remedies that have been shown to be effective. And the best part is, none of these come with unwanted side effects.

(Editor’s note: Again, we want to remind you that it is not healthy to suddenly stop taking your prescribed antidepressants. Tell your doctor you would like to be weaned off them and allow them to lower the dosage for you).

Leaky Gut has been linked to depression and anxiety. It’s important that you work on the health of your gut by cleaning up your diet and adding foods that will support optimal GI health.

First, cut out the junk food that is laded with refined sugars and trans fats and replace these with nutritious whole foods like fruits, vegetables, nuts, quality meats, eggs and dairy.

You should also start to eat fermented foods like sauerkraut, kefir and kimchi to populate your gut with probiotics, or good bacteria.

The body produces its own antidepressant in the form of endorphins, also known as “feel good” chemicals. These are released when we exercise. Just biking around your neighborhood or going for a swim can give you a natural, healthy boost in your mood.

You don’t have to suffer in silence. While therapy used to be something people felt embarrassed about, nowadays seeking the guidance of a therapist is quite common among people around the world. Cognitive behavioral therapy has been shown to relieve the symptoms of depression and help people make positive changes in their thought patterns, attitudes, and life in general.

Consider doing some research on essential oils for depression. You will find they have worked wonders for some people. Oils like Roman chamomile, lavender, orange oil and lemongrass are some of the top oils used to treat depression. Just be sure you buy your oils from a reputable source that sells only 100% therapeutic grade oils.

5. Get Your Omega-3 Essential Fatty Acids

You have probably heard that omega-3s are important in reducing joint pain and inflammation throughout the body. But did you know they have also been shown to help those with depression and even bipolar disorder?

The first study to report these findings was back in 1998 when researchers found lower levels of omega-3s in the red blood cell membranes of patients with depression. The in 1999, Archives of General Psychiatry published a study that found 64% of participants who took 10g of fish oil per day reported a marked improvement in their depression symptoms.

Depression makes life unbearable. But there are safe and natural ways to treat yours. If you are interested in adding an omega-3 supplement to your diet, we are pleased to offer you Primal Lab’s DuOmega.

Not only do you get pure and potent Omega-3 for your joint health and mental health, you also get omega-7, a lesser-known fatty acid but one that is critical for heart health. Two powerful fatty acids for the price of one!

Pick up some DuOmega today and start feeling light and joy in your life again.