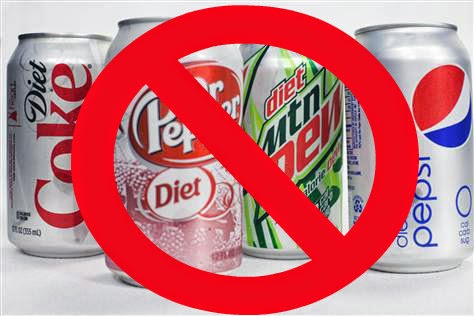 The next time you reach for a diet soda, consider this …

A recent University of Miami and Columbia University joint study followed 2,500 volunteers over 10 years to determine the effects of diet soda on cardiovascular health – and the results may shock you.

Participants were over the age of 40 and had never had an incident of heart attack or stroke. They each classified their use of diet soda as “none,” “light” (1 per month), or “daily” (1 per day). Each year, participants were asked about changes in cardiovascular risk as well as any health issues or hospitalizations that may have occurred.

At the end of the 10 year study, the daily diet soda drinkers were more likely to have had a stroke or heart attack or died from a vascular disease!

This risk remained even after researchers accounted for other factors such as smoking, exercise, weight, cholesterol, or other leading indicators of disease. What’s even more surprising was that there was no measurable increase of risk for people who drank regular soda (or no soda at all).

In fact, a 2009 study in the medical journal, Diabetes Care, indicated that daily diet soda drinkers had a 36% higher chance of developing metabolic syndrome (an indicator of multiple risk factors for chronic disease) and a 67% greater risk of developing diabetes.

Both of those conditions greatly increase the risk of heart attack and stroke.

The research seems like a slam-dunk – but not so fast …

Studies such as this can point to correlation, but they can’t actually pinpoint a cause and effect.

There’s certainly many other behaviors and conditions that can be contributing to chronic disease.

…behaviors that may be common among people who prefer diet drinks.

But we can get a better idea of the relationship of these factors as a whole – and how they contribute to our overall health.

You may be surprised to learn doctors rarely focus on the root cause of chronic conditions such as high blood pressure, heart disease, or diabetes.

Instead, our current healthcare system is built around the idea of diagnosing symptoms (such as your blood pressure) and treating those symptoms with a pill.

It’s a “side-effect” of the managed care approach to healthcare – which, after nearly 50 years has proven ineffective in reducing the rise of chronic disease in America.

We’ve succeeded in eradicating communicable disease as a leading cause of death in the US – so why can’t we stem the out of control epidemic of heart disease, diabetes, and obesity that kills more than 800,000 people each year?

The Answers Lie at the ROOT of the Problem

Studies show a more effective approach to chronic disease can be found in evaluating specific biomarkers pointing to the root cause of these symptoms, and treating the underlying factors instead.

World-class hospitals such as the Cleveland Clinic, the Mayo Clinic, and Duke University Medical Center are embracing these ideas and investing millions into what they believe is the future of healthcare.

Dr Mark Hyman, Director of Cleveland Clinic’s Center for Functional Medicine, explains “The key is figuring out the root causes. Functional medicine is the map – the GPS system – that we use to navigate the landscape of chronic disease.”

And the key to navigating that landscape is a thorough understanding of the body’s biological terrain.

One company on the leading edge of developing this health technology is Optimal Wellness Labs.

Dr Richard DiCenso and his team at OWL have actually developed an easy, at-home health evaluation that can actually pinpoint the root cause of chronic symptoms such as high blood pressure …

On the next page, you’ll learn the remarkable the story of how this technology was developed, how it’s made a change in the lives of thousands of people suffering from chronic disease – and what it means for you…