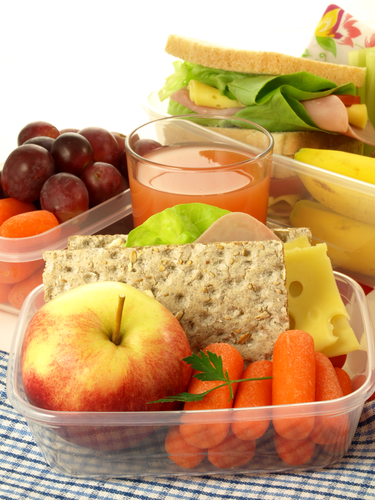 Does a Low-Carb Eating Plan Work for Those with Diabetes?

It’s is currently estimated that more than 400 million people around the world live with diabetes. While this chronic condition can be complex, maintaining good blood sugar levels can significantly reduce the risk of developing complications.

One of the best ways to maintain healthy blood sugar levels is through diet, specifically through following a low-carb diet. In this blog post I’ll talk about the role food plays in diabetes management and why low-carb eating is the healthiest way to go.

But first, I want to quickly discuss the difference between type 1 and type 2 diabetes.

In type 1 diabetes, an autoimmune response destroys the insulin-producing beta cells within the pancreas. Patients are then reliant on taking insulin several times a day to help them process carbs and get the glucose into their cells.

In people with type 2 diabetes, their beta cells start out healthy and able to make insulin. But over time, their body’s cells become resistant to insulin’s actions, and so their blood sugar remains high. As a response, the pancreas produces more and more insulin in an effort to bring that blood sugar down. Over time, the beta cells become “exhausted” and lose their ability to produce enough insulin.

When you have diabetes, your body cannot properly process carbohydrates. Normally when a person eats a meal with carbohydrates in it, those carbs are broken down into smaller units of glucose or blood “sugar.”

Now, once this glucose enters your bloodstream, a signal is sent out to the pancreas to produce the hormone insulin. When the insulin is released, it gathers up the glucose and helps it enter into the cells where it can be used for energy.

But in people with diabetes, the insulin mechanism does not work properly, and so blood glucose levels remain elevated. This is dangerous, because chronically elevated blood sugar levels can lead to serious complications such as kidney disease, blindness and even death.

So of the three macronutrients, protein, carbs and fat, carbs have the biggest impact on blood glucose. And so a person with type with diabetes has a couple of options: eat meals high in carbs and take more insulin to handle all of that glucose, or eat meals low in carbs and require less insulin, maintaining consist blood sugar levels.

While the mechanics behind carbohydrates’ effects on blood glucose is pretty straightforward, there is still discussion and varying opinions in the healthcare community on whether or not low-carb diets are effective at all in helping people manage their diabetes.

Well, at this point in time, many studies (this is just one) support low-carb diets for the treatment of diabetes. In fact, before insulin was discovered in 1921, low-carb (actually, VERY low-carb diets) were the standard treatment for people with diabetes.

So the fact there is still any real discussion about whether or not it makes sense to cut carbs, the macronutrients that turn into blood sugar, which then requires your body to use insulin, is a bit of a head scratcher. The science seems to clearly indicate that low-carb diets help those with type 1 and type 2 diabetes manage their symptoms best.

How Many Carbs is the Right Amount of Carbs?

So we’ve established that a low-carb diet works. But how many grams of carbs is the ideal amount for those with diabetes? Well, this topic is yet another one that is a bit controversial, even among low-carb diet advocates.

Many studies saw dramatic improvements in blood sugar levels, body weight and other markers when carbs were restricted to just 20 gram per day. And Dr. Richard K. Bernstein, who has type 1 diabetes himself, has eaten 30 grams of carbs per day and has documented excellent blood sugar management in his patients who follow the same regimen.

Still other research has shown that less strict carb restriction of between 70 and 90 grams of total carbs a day is also effective at helping diabetics manage their blood sugar.

So you see, there is some wiggle room when it comes to how strict one has to be with their carb consumption. Under 100 grams per day is a safe target to hit.

The American Diabetes Association recommends that people with diabetes work with their healthcare team to come up with a meal plan and an amount of carbs that’s right for them. One simple way you can determine what amount of carbs is best for you is to track your meals’ effects on your blood glucose. Simply measure your blood glucose with a meter before a meal and then again 1 to 2 hours after eating.

As long as your blood sugar remains below 140 mg/dL (8 mmol/L), the point at which damage to nerves can occur, you can consume 10 grams, or 30 grams or 60 grams of carbs per meal on a low carb diet. It all depends on your personal tolerance.

Just remember that the general rule is the less carbs you eat, the less your blood sugar will rise.

And a final note on eating carbs, the KIND of carbs you eat really matters. There are roughly 10 grams of carbs in a snickers bar, but that doesn’t mean you should eat three of them a day. Stick to eating nutrient-dense high fiber carb sources like vegetables, berries, nuts and seeds.

The bottom line is, carbohydrates cause problems when you have diabetes. Cutting back just makes sense, and studies have proven this. Start working with your care team to come up with a meal plan that works for you.

Got Type 2 Diabetes? What if Diet and Other Natural Protocols Could Reverse Your Disease?

As we’ve just discussed, diet is a major influence on diabetes. In fact, there have been cases of people completely reversing their type 2 diabetes using diet and other natural protocols.

Would you like to know how they did it?

Then I invite you to spend the next few minutes watching the following video. You’ll meet a doctor who has now helped countless patients reverse their type 2 diabetes and throw away their insulin for good!