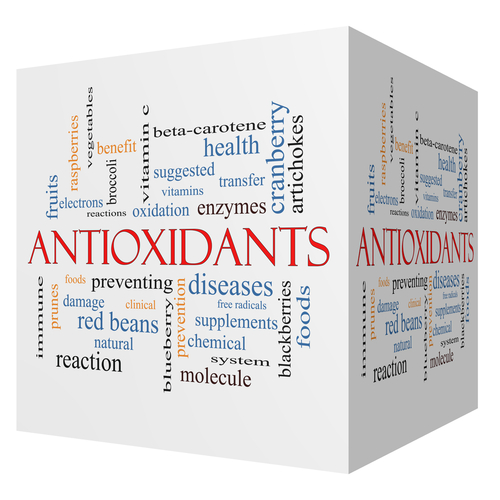 Free Radicals – Why They Should Be On Your Hit List

We hear the term all the time, but what exactly is a free radical?

Let’s answer that by taking a look at the following scenario:

You wake up one morning, after hitting the snooze button a few times, and scramble around getting ready for work. You CAN’T be late today because you have an important presentation and you have to go in early to set up. You grab your wallet and keys and head out to the driveway only to discover…

Someone has stolen your front left tire! You can’t possibly drive to work on three tires, you need to full sets. Desperate, you steal your neighbors’ front left tire, throw it on and off you go. In a half hour, when your neighbor comes out and discovers her tire gone, she steals a tire from the neighbor’s car across the street, and on and on it goes all day, the stealing of car tires by neighbors to make two complete sets.

What does any of this have to do with free radicals? Plenty.

A free radical is simply an atom (or group of atoms) that has an unpaired electron and, because of this unpaired electron, is unstable and highly reactive. If you tried to drive to work on only three tires, your car would be highly unstable and reactive, as in, you’d probably cause a wreck.

Like a car that needs four tires to work properly, an atom’s chemical behavior is determined by the number of atoms in its outermost shell. When there are the right number of electrons, the atom is stable and it doesn’t typically engage in any chemical reactions.

But, when the atom is missing an electron, it will try and stabilize itself by stealing an electron from a neighboring molecule. That molecule is now unstable and has to steal an electron from another atom. This chain reaction is called a free radical cascade and it has the potential to wreak havoc on living tissue.

How Free Radicals Affect Health and the Aging Process

Free radicals play an active and important role in the process of aging. When unstable atoms steal electrons, they steal from the first “thing” they bump into. So if they bump into something important like a protein or enzyme, it turns something good and necessary into something not so good. Over time this process causes major damage throughout the body.

Now here’s where it gets complicated, a majority of the free radicals currently swimming around in your body right now are created by your own metabolism, which means as harmful as they are, they are a completely unavoidable byproduct of life. Our bodies actually create free radicals just by breathing and digesting food. As we age, the creation of free radicals accelerates as the basic mechanics of our metabolism are themselves damaged by the free radicals they have created. Talk about a vicious cycle! And all of this free radical activity is what causes our bodies to age and become diseased.

When we’re young, our cells have a very strong defense system known as superoxide dismutase (SOD) that kicks free radical butt. But as we get older, SOD doesn’t work as well. Without SOD keeping the peace, the free radicals have a field day and wreak as much damage as they possibly can causing our cells, and eventually us, to die. Free radicals have also been linked to a number of diseases such as cancer, dementia and heart disease.

Why Antioxidants are Important

Having the full picture on this free radical situation, it stands to reason that we could live longer, healthier lives by eliminating as many free radicals from our life and body as possible.

Enter the almighty antioxidant, our main point of defense against free radical damage. Antioxidants such as beta carotene and vitamins C and E help to clean up and neutralize free radicals. These antioxidants can offer some very important backup to the SOD that weakens with age.

To ensure you’re getting as many antioxidants into your diet as possible, try eating one or more of these five foods that are loaded with them:

You know that nature is inherently good when something as sweet and delicious as a berry is also incredibly good for your health. Berries such as raspberries, blueberries and strawberries are loaded with antioxidants called proanthocyanidins that help prevent cancer and heart disease. Berries are also incredibly versatile. You can eat them as is, make a fruit salad or a fruit smoothie, or sprinkle them over yogurt or granola.

Here’s a fact not everyone knows: broccoli actually contains more vitamin C than an orange AND has more calcium than a glass of milk. Isn’t that amazing? Don’t you want to eat more of this cruciferous (just fun to say) vegetable. But wait, broccoli also contains phytonutrients such as sulforaphane, which has been shown to reduce the risk for many types of cancers. Try adding broccoli to your salads and stir-fry’s or throw a handful into an omelet.

And while you’re making those stir-fry’s and that omelet, you may want to add in some minced garlic, not only for taste but for the many health benefits it offers. Did you know that raw garlic has been used as a natural antibiotic to kill off certain strains of bacteria? Garlic has also been proven to lower blood pressure and cholesterol. One clove of garlic contains vitamins A, B and C, selenium, iodine, potassium, iron, calcium, zinc and magnesium.

Green tea contains high levels of catechin polyphenols, which work with other chemicals in the body to reduce the risk of cancer, heart disease and high cholesterol. If you are normally a coffee drinker, consider switching out one cup of coffee for one cup of green tea every day to take advantage of its health benefits.

Have you heard of lycopene? This powerful anticancer agent has been shown to fight disease even more effectively than vitamin E and beta carotene. Well, tomatoes are by far the richest source of lycopene. Now, lycopene needs fat for optimal absorption, so try adding a dash or two of olive oil to your spaghetti sauce.

Researchers have found that omega-3 can act as an antioxidant in the body. One team of French scientists exposed human aortic endothelial cells to different fatty acids including omega-3s, omega-6s, and saturated fats, then watched to see what effect, if any, would the fat have on the creation of free radicals.

When the cells were exposed to omega-3s, there were far fewer oxygen and nitrogen radicals created as opposed to when they were exposed to saturated, monounsaturated or omega-6 fats.

Based on these results, the French scientists announced that omega-3s act as an indirect antioxidant in the vascular system, giving them the power to decrease inflammation and the risk of developing atherosclerosis and cardiovascular disease.

The moral of the story is, along with eating foods high in antioxidants like the berries and broccoli, also make sure to eat foods like walnuts, eggs and cold water fish that are a rich source of omega-3 fatty acids.

Editors Note: Finding the perfect Omega-3 source can be difficult – you’ve got to consider a lot of factors, such as ‘purity’, ‘potency’ and taste. Fortunately, we’ve done the work for you:

>> Click Here to discover an Omega-3 source that ticks ALL of the boxes! <<