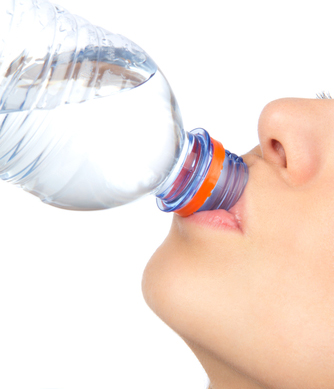 Warning: Ignore the Urge at Your Own Peril

Unlike the stomach turning torture of hunger, being thirsty registers as nothing more than a mild discomfort for most of us.

You could take a drink. But just as easily, you could not.

So if you’re in a rush, maybe you go on with your day and get to it when it’s convenient.

But thirst, like many of your body’s urges, exist for a crucial reason.

To ensure it gets enough water intake to sustain healthy biological functioning.

Ignoring these urges can be dangerous…and is surprisingly common.

Recent studies reveal 20 – 30% of us are suffering from dehydration at any given time –and are completely oblivious to it (1).

The dangers of dehydration are well-documented.

In fact, you can live far longer without food than without water.

On average, 3 weeks without food versus just 3 DAYS without water before the body shuts down.

Worse yet, researchers are beginning to find dehydration is a bigger problem among the older populations.

For starters, evidence shows that as you age, your body loses more water through the skin and respiration.

This makes it harder to hold on to what you’ve got (2).

It’s also commonly accepted that the five senses become a bit blunted, as you age. Thirst is no different.

Failing to even notice when you’re dehydrated is especially likely if, like most people, you’ve been careless about water intake over the years.

Decades of surviving on “just enough” water means you’re accustomed to how your body feels on a limited supply.

A Prescription for Disaster

Prescription medication is another common cause of dehydration.

Doctors are quick to prescribe drugs for a wide range of age-related ailments rather than focusing on key staples of health like diet and exercise.

And the side effects that come with them…like dehydration.

Diet, as in most cases, is another issue.

The modern-day diet, by and in large, is obscenely high in carbohydrates and processed foods.

The resulting deficiency of water-rich fruits and vegetables crucially impact the body’s ability to stay healthy and hydrated.

What is So Dangerous about Dehydration?

Water is important for all creatures and helps sustain biological processes that keep the body alive and functioning in tip top shape.

Given how much of the body is composed of water, we probably don’t have a complete understanding of all the various roles it plays…

It is clearly understood that water is crucial to proper kidney function and removal of toxins from the body.

Water is important for keeping constipation at bay without laxatives, and it may reduce the risk of various cancers (5) and coronary heart disease (6).

Most dermatologists will tell you that drinking water is not just a matter of staying healthy but also great for your skin, with dehydration playing a prominent role in structural changes of aging skin (7).

Of course, your skin, being the body’s largest organ, is a pretty solid indicator of health.

Lack of Water Makes You Crabby

According to new research, the same thing happens with thirst…

A study from the University of Connecticut’s Human Performance Laboratory showed that even being slightly water-deprived can have an effect on your mood – not to mention your energy levels and thinking (8).

The effects were just as great for sedentary subjects as active ones.

So, make sure you get water no matter if you’re hot or exercising or not.

How to Recognize When You’re Dehydrated

As previously mentioned, you may not always be alert to when you’re dehydrated, so depending on your natural thirst may not be an accurate gauge.

A pretty reliable alternative, however, can be urine.

Whether you consider the color, clarity or volume, the liquid that’s coming out of your body is usually an incitefull peak at how much liquid you need to put back in.

If it’s dark or yellow, you’re dehydrated – healthy urine is somewhat clear, just on the verge of yellow.

Of course, once it’s a dark yellow, you’re already dehydrated, but by heeding these warnings signs, experimenting, and monitoring over a period of time you can determine how much intake you need on a regular basis.

Signs of dehydration also include:

Keep an eye on your skin too. If it’s often dry and scaly, you probably need more water.

Make This Life-Giving Liquid a Priority

There’s no scientific evidence to support the standard prescription of 6 – 8 glasses of water per day, and as with most biological needs, the optimal amount for each person probably varies.

So, instead, pay attention to your body.

If you don’t drink water often, it probably won’t feel natural to drink more, so up your intake in increments.

Don’t overdo it, but try to take frequent little sips before you’re thirsty and, over time, your body will “ask” for more on a regular basis.

Washing Out Your Metabolism

Sure, I agree it sounds really strange…

But could this battle with hydration be the reason why most of us have problems losing weight?

A recent and controversial discovery shows this might be true and even goes on to claim that to lose weight…you need to know exactly how much water to drink…based on your own body.

According to the research, using just this simple tip, people have lost 30, 44, even 53 lbs in less than 2 months.

Find out more on the next page…