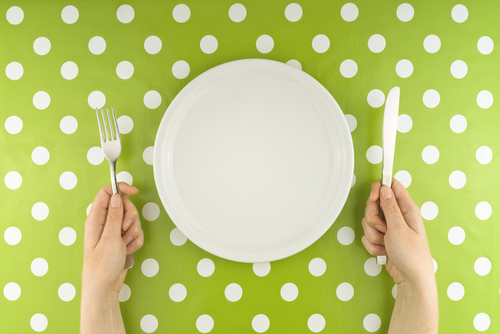 Is Intermittent Fasting a Miracle Cure?

You may have heard of a new health trend called intermittent fasting but weren’t exactly sure what it was or if it offered any real health benefits. While fasting has been around for as long as human beings have, intermittent fasting is a relatively new practice that involves intentionally alternating cycles of fasting and eating. Numerous studies have shown this practice can aid in weight loss, improve metabolic health, and protect against many diseases.

Intermittent fasting is an eating pattern where an individual cycles between periods of eating and fasting. The practice does not limit the types of food you eat, just when you should eat them.

Most of us already fast every single day while we sleep, which is why breakfast is called break-fast, because it is the meal that breaks our fasting period. Intermittent fasting can be as simple as extending this natural fast a little bit longer.

You may be thinking you can’t go without food for long periods of time, but you’d be surprised how easy intermittent fasting can be. While newcomers to the practice may at first experience some hunger pains as their body gets used to not eating for extended periods of time, people report feeling more alert and energetic during a fast.

No food is allowed during the fasting period, obviously, but you are allowed water, black coffee, tea and other non-caloric beverages.

The Science Behind Fasting

Scientists have been studying the benefits of reducing calories by skipping meals as far back as the 1930s. During that period one American scientist discovered that significantly reducing caloric intake allowed mice to live longer and healthier lives.

Recent studies have found that reducing calorie consumption by 30% to 40% (regardless of how it’s done) has the potential to extend a life span by a third or more. There is also data which suggests that limiting food intake may reduce the risk of developing many common diseases and increase the body’s responsiveness to insulin, which regulates blood sugar.

Let’s take a look at some of the incredible benefits intermittent fasting offers:

If done properly, intermittent fasting helps people lose weight, even those who have had trouble in the past. These periods of fasting enhances hormone function which in turn facilitates weight loss. Lower insulin levels combined with higher growth hormone and increased amounts of norepinephrine (noradrenaline) increase the breakdown of stored body fat for energy.

There has been a tremendous increase in the number of people diagnosed with type 2 diabetes in this country. In order for people to reverse this condition, they need to be able to reduce their insulin resistance and lower their blood sugar levels naturally.

Intermittent fasting has been found to do just that. In human studies, fasting blood sugar was reduced by 3-6% while fasting insulin reduced by 20-31%. A diabetic study on rats found that intermittent fasting protected against kidney damage, one of the more severe complications of the disease.

Reduces Oxidative Stress and Inflammation in the Body

Oxidative stress is what causes our bodies to age and become diseased. During this process unstable molecules called free radicals damage other critical molecules in the body such as protein and DNA.

Several studies have suggested that intermittent fasting may enhance the body’s resistance to oxidative stress as well as help it fight inflammation, another driver of many common diseases.

Other studies have shown intermittent fasting also decreases the risk of heart disease, and may prevent cancer and Alzheimer’s disease.

How to Practice Intermittent Fasting

There are different approaches to intermittent fasting you may want to consider. Since you won’t receive any of the benefits listed if you force yourself to do something you find unpleasant, choose a method that fits your personality and lifestyle because that will make the practice much easier to sustain.

The 16/8 Method involves fasting for 16 hours each day and restricting your daily eating window to 8 hours. During this eating window you may fit in 2 to 3 meals. Many people find this approach to be the easiest because it essentially boils down to not eating anything after dinner and skipping breakfast. So let’s say you finish dinner at 8pm, you would not eat anything until noon the next day, which would give you a 16 hour fasting period.

The 5:2 diet is great for people who want to eat how they normally eat (including breakfast) for most of the week. Basically you eat normally for 5 days and restrict your caloric intake to between 500 and 600 calories the other two days.

So let’s say you eat normally every day except Tuesdays and Saturdays, on those days you eat two very small meals consisting only of 250 to 300 calories.

Eat-Stop-Eat involves a 24-hour fast done either once or twice a week. Simply, you would fast from dinner on one day until dinner the next day. So if you finish your dinner at 6pm on Monday, you don’t eat again until 6pm on Tuesday. You may fast from breakfast to breakfast or lunch to lunch as well, the results will be the same.

This will obviously pose more of a challenge to beginners. When just starting out, most people find success trying the 16/8 method.

Whichever method you choose, you will gain numerous, and rather miraculous, health benefits with intermittent fasting.

Leave a Reply to Ella Cancel