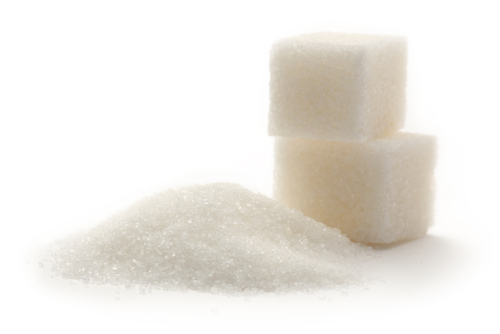 Is Sucralose Worse Than Sugar?

At this point in time, most of us recognize there are a few key things we must do to optimize our health:

Now, I fully believe that these are three of the most important things you can do for your health. The problem with that third bullet point is, when most people cut out sugar from their diet they usually replace it with something manmade.

One of the most popular, and prevalent, alternative sweeteners on the market is sucralose. According to food manufacturers and “health experts,” sucralose is perfectly safe and a great way to enjoy sweet without the calories.

But what do we really know about sucralose? Maybe not as much as we thought! According to recent research, sucralose may not be as safe as we’ve been told it is. In fact, research has uncovered some not-so-sweet health risks associated with the sweetener.

If you’re a diabetic that has been told to use Splenda, you’re using sucralose. It’s one of the most ubiquitous artificial sweeteners used in the food manufacturing industry. Sucralose is touted as being better for blood sugar management and your waistline, but what does it do to a person’s overall health?

Sucralose is a chlorinated sucrose derivative. In plain English that means it is derived from sugar but has been altered. It also means it contains chlorine.

That’s right, this sweetener is made in a lab and all kinds of chemicals are involved to create that sweet flavor. But that’s not even the worst part!

Guess how sucralose was even discovered. You will be shocked and I am certain as disgusted as I was when I first heard about it.

Sucralose was discovered years ago when scientists were trying to come up with a new insecticide. That’s right! The sweet stuff found in many baked good and sodas came about because a group of men in a lab somewhere were trying to find a novel way to kill bugs. Yum! Give me two scoops of it!

Let me ask you another question. Do you really think that something that was intended to KILL BUGS should ever be ingested by humans? Well, when there are large sums of money to be made, usually those multi-billion-dollar multinational corporations who stand to make those large sums of money go ahead and put something HIGHLY TOXIC out into the market.

The more you know, the better able you are to protect yourself and your loved ones.

Now let’s take a look at some of the health risks associated with sucralose.

It turns out your body can’t digest sucralose. Though knowing what you know now, that shouldn’t come as a shock to you. So if your body doesn’t digest it, what happens to it exactly?

Well, it travels all the way through your GI tract (and causes damage along the way). It kills the good bacteria in your gut and harms your intestinal walls. All of this leads to something called “leaky gut”. This means your intestinal walls become permeable, which means food and bacteria can spill out into your bloodstream causing a huge immune response and chronic inflammation.

Many autoimmune diseases can be traced to leaky gut syndrome.

I just mentioned that sucralose goes through your GI tract, digestive tract, and causes damage. So is it any wonder that researchers from New Jersey medical Schools found that eating Splenda caused IBS symptoms, ulcerative colitis and Chron’s Disease?

According to a study published in the Journal of Toxicology and Environmental Health, when sucralose is cooked at high temperatures, it can create a dangerous class of potentially toxic chemical compounds called chloropropanols. This is really bad because so many “healthy” baked goods on the market contain sucralose.

I personally know many people who have been told by their doctor to use Splenda to help them manage their blood sugar. And yet, their blood sugar always seems to, mysteriously, remain elevated. Gee, I wonder if that has anything to do with the fact that Splenda is known to cause blood sugars to spike just as much as regular sugar? Remember, sucralose is a derivative of real sugar, and it turns out it has many of the same effects.

A study published in the journal Diabetes Care found that individuals who consumed Splenda on a regular basis were at risk of developing the disease. According to the study, daily consumption of diet soda (just because it says 0 calories does not mean it’s good for you) was associated with a 36% greater risk of metabolic syndrome and a 67% greater risk of type 2 diabetes.

As you have just learned, you can’t trust that because a food manufacturer has labeled something as “healthy” “sugar-free” “zero calories” that it is safe for you to consume. Remember, food manufacturers are NOT your friends. They are in business to make money off of you, even if that means putting things into our food that have been proven to be dangerous.

The bottom line is, you must be careful when it comes to sugar alternatives. It’s better to use raw honey or raw cane sugar, and use them sparingly, than to use most of the artificial sweeteners that have been made in a lab somewhere.

If you’ve been using sucralose hoping it would help you maintain your blood sugar, you are probably scratching your head right now. I know, it’s very upsetting to learn that something you’ve been told is good for you is actually quite bad for you.

But I have some news that I think will make you feel better:

You don’t have to have type 2 diabetes anymore.

It’s not a life sentence.

It can be reversed.

Watch the following video to learn how one doctor is using all-natural methods to help her patients beat their diabetes and throw their insulin out for good.