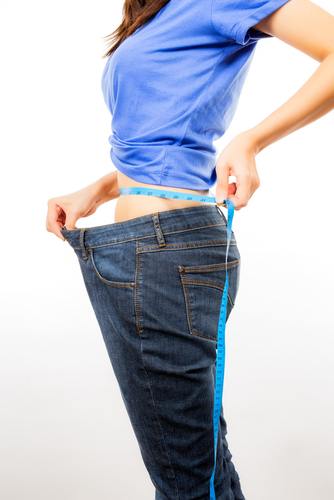 Keto VS Atkins? What’s the Difference?

Both keto and Atkins promote a low carb diet. And I’m not simply talking about cutting out “bad” carbs like donuts, cupcakes and French fries. I mean both diets promote cutting back on all carbs including fruits and veggies.

But beyond restricting carbs, do these diets have anything else in common? If not, what’s different and is one way of eating ultimately better than the other? Let’s take a deeper dive.

The Atkins Diet was developed in 1972 by a cardiologist named Robert Atkins and has four distinct phases. The introductory phase is by far the most restrictive because your carb intake is limited to between 20 and 25 grams of net carbs (meaning total carbs minus finer). Carbs that are allowed during this first phase come from nuts, seeds, veggies and cheese. As far as fat and protein go, you may eat anything you want and in whatever ratio you want.

After typically 2-3 weeks in phase one, phase two begins and you are allowed between 25 to 50 grams of carbohydrates. During this phase you may add foods like blueberries, cottage cheese and yogurt.

Benefits of the Atkins Diet

This diet was developed to help people lose weight and keep it off. By restricting carbohydrates, you force your body to burn stored fat. While many people have success in losing weight, many still have reported a hard time keeping it off.

One difference of the keto diet is there aren’t as many moving parts. There are no phases to move through, you simply adopt a new way of eating.

The keto diet promotes cutting your carb intake down to roughly 5% of your daily calorie intake. 75% of the remaining calories will come from fat and 20% from protein. By eating this way, even just for a few days, your body will naturally enter ketosis, which is where your body burns fat for fuel instead of carbs for fuel. You can keep track of your level of ketosis by using keto urine strips.

The Keto Diet has actually been around longer than the Atkins Diet, having been developed in the 1920s as a way to treat children with epilepsy. Since then, many studies have been done on the Keto Diet and its potential benefits for other diseases such as diabetes and cancer.

What do people generally eat on the Keto Diet? Full fat cream, butter, fatty cuts of meat, avocados, cheese and low glycemic fruits and veggies like greens and berries.

Benefits of the Keto Diet

Thanks to a focus on eating high amounts of healthy fats, the Keto Diet helps put you in a state of ketosis. You will not only burn stored fat in this state (and lose weight), but the ketones your body actually suppresses hunger. And, with more studies pointing to the health benefits of putting your body in ketosis, time will tell what other diseases could be naturally treated by this way of eating.

Similarities and Differences of Keto and Atkins

As you can see, there is one very big similarity between Atkins and Keto and that is they both require you to cut your carbohydrate intake. People on Atkins typically bring their carb intake up more than people on Keto. And that is simply because many people find they cannot stay in ketosis going over 50 grams of carbs.

But the similarities really end there.

Many people view Atkins as a diet, a way to lose weight; while most people view the keto diet as a major lifestyle change. On Atkins, you are allowed to eat Atkins bars and shakes and other processed foods, while true Keto lovers stick to eating whole foods like meat, fish, eggs, cheese and dairy and tend to avoid processed foods.

Atkins Vs Keto – Which Diet is Better?

Everyone will have their own opinion, but it is our opinion here at Primal Health that the Keto Diet is a superior way of eating that offers more overall health benefits.

If you’ve been thinking about starting the Keto way of eating but didn’t quite know how to begin, we have great news.

The Perfect Meal Plan is a monthly eating plan that was developed by a doctor who has used the Keto Diet to reverse chronic diseases like hypertension and diabetes in her own patients.

She has partnered with Primal Health to create Perfect Meal Plan to help you change how you eat so you can change your health.

Each month you’ll receive delicious Keto recipes created just for the program. With new recipes arriving each month, you’ll never get bored with the foods you eat.

Plus, you’ll also get a handy shopping list that will get you in and out of the grocery store in record time.

Shopping, cooking and eating healthy has NEVER been easier.

And as a bonus, you get all of this help for cheaper than the price of a single movie ticket.

What are you waiting for? Sign up for the Perfect Meal Plan and start eating well, losing well and healing yourself from chronic diseases.