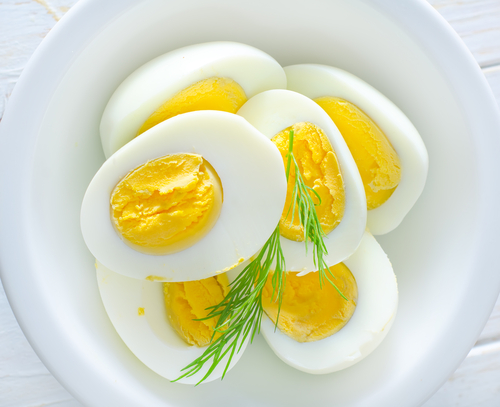 Vitamin B12 is an important water-soluble vitamin that plays an essential role in your overall health. Without B12, your nervous system would not function properly, and your body would not be able to adequately produce red blood cells. B12 is also integral to normal energy metabolism in all cells of the body as well as amino acid and fatty acid metabolism.

Who’s at Risk of a B12 Deficiency?

There are various causes of vitamin B12 deficiency, and two of the biggest happen to be practices undertaken to improve health, oddly enough: weight-loss surgery and a strict vegan diet.

Those individuals who have undergone some form of weight-loss surgery, such as stomach stapling, are more likely to be deficient because these operations interfere with the body’s ability to extract vitamin B12 from food. And, because the primary foods that deliver B12 are animal products, strict vegetarians and vegans who don’t eat grains that have been fortified with B12, or don’t take a B12 supplement, are also at risk for developing a deficiency.

Certain health conditions like celiac or Chron’s disease can also make it hard for our bodies to absorb B12. And some commonly prescribed medications like heartburn drugs, which reduce acid production in the stomach, can lead to a deficiency.  Stomach acid is needed to absorb vitamin B12.

Then there’s good ol’ age. As we get older, we are at risk of developing a deficiency of B12 from medications we are taking, from the fact we produce less stomach acid, and from poor diet.

Signs of B12 Deficiency

Here are some of the most common signs of vitamin B12 deficiency:

People with a B12 deficiency tend to have pale skin. This occurs because B12 is responsible for the production of red blood cells in the body. With less red blood cells circulating around your body, your skin can appear pale in color.

Sometimes the skin and whites of the eyes have a slightly yellow tinge, a condition known as jaundice. This happens because a lack of B12 also causes what red blood cells you do have to become fragile and break down more easily. This causes an excess of bilirubin, a slightly red or brown-colored substance, which is produced by the liver when it breaks down old blood cells. Excess amounts of bilirubin give your skin and eyes a yellow tinge.

One of the most common symptoms of B12 deficiency is fatigue and weakness. When your body lacks B12, it lacks enough red blood cells that are responsible for carrying oxygen throughout your body. This type of anemia is often caused by an autoimmune condition known as pernicious anemia, a condition seen in large numbers in elderly people. Pernicious anemia makes it difficult for people to produce enough of an important protein called intrinsic factor, which is essential for preventing a B12 deficiency, as it binds with vitamin B12 in your gut so that you are able to absorb it.

As we’ve mentioned, a B12 deficiency causes diminished red blood cells, which in turn decreases the amount of oxygen needed to power your body. Breathlessness and dizziness are common symptoms, especially when you are really exerting yourself.

Nerve damage is one of the more serious side effects of a long-term B12 deficiency. The most common symptom of nerve damage is a condition called paresthesia. This is a feeling of pins and needles, not unlike the sensation that occurs when your hand or foot “falls asleep”.

Blurred vision is another common symptom of a B12 deficiency. An untreated deficiency often leads to nerve damage to the optic nerve that leads to your eyes. The condition, known as optic neuropathy, disrupts the nervous signal that travels from your eye to your brain, thus impairing your vision. Though this condition is alarming, it is often correctible by supplementing with B12.

Low levels of B12 have been linked to mood and brain disorders like depression and dementia. As we age, it becomes even more important to give our brains the nutrients it needs to keep us sharp and our memories intact.

[Editor’s Note: If you are “of a certain age” and would like to not only improve your memory, but give your libido a boost as well, we recommend CogniForce, which contains essential B12 as well as 8 other vital nutrients our brains need to age gracefully. Find out more.]

How to Get More B12 Into Your Diet

The good news is, increasing your levels of B12 can be deliciously easy when you start eating more of these foods:

Fear not, if you are a strict vegetarian or vegan, you can also ensure you are getting enough B12 by eating fortified breakfast cereals, fermented soy products like tempeh, nutritional yeast (which has the look and taste of grated parmesan cheese), and shitake mushrooms, which have been shown to contain significant levels of B12.

Of course, getting B12 from food may not be enough if you are currently suffering from a significant deficiency. An appointment with your doctor and a simple blood test will reveal how much B12 you will need each day to get your levels back up to where they need to be.

Should you require B12 in supplement form, we recommend you check out CogniForce, which has been formulated based on the latest research to ensure optimum cognitive health and function. Click Here for all the details.