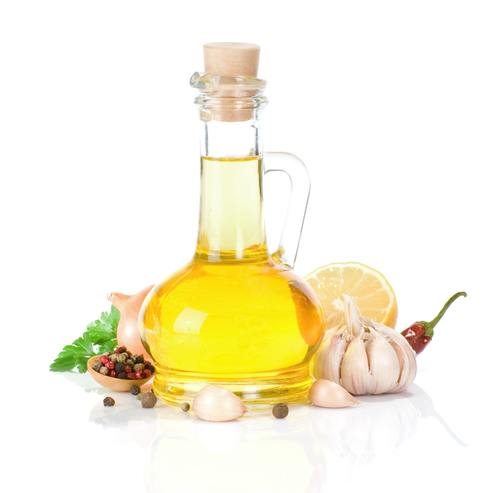 Vegetable Oils – Okay, Or Stay Away?

There’s a lot of discussion about industrially-processed oils. Some people claim they hold absolutely no value. Well, that depends on your point of view.

Canola oil, for instance, makes a fantastic lubricant for machinery. And come to think of it, seed oils are currently being studied as alternatives to nonrenewable petroleum products for everything from fueling cars to making plastic to formulating printer ink.

So industrial oils have their place, but none of those places should be in your body!

But, Aren’t Vegetable Oils Good for You?

There are a slew of oils such as canola, soy, corn, peanut, sunflower, safflower and cottonseed oil that are labeled as “vegetable oils.” This is, no doubt, to make them sound far healthier than they actually are. Manufacturers can get away with it because in this instance, vegetable just means anything that isn’t an animal.

While actual vegetables do offer fiber, vitamins and minerals, “vegetable oils” are anything but nutrient-dense whole foods. And they certainly won’t do a thing for your health, unless you are a piece of factory machinery.

So if these processed oils are so bad for us, why are they so prominent in our food supply?

In the olden days, people used to cook with lard and butter. Both were tasty, readily available and very cheap. But in the early part of the 20th century, industrially-processed fats made from grains and seeds took over our food supply as a way for big corporations to make money from a substance that would otherwise be wasted.

As an example, cottonseed oil would have been thrown out if Crisco had never been invented. Let’s be really blunt: greedy people looked at something that was essentially trash and nothing fit for human consumption and they thought, “How can we turn a profit on this?”

But it took more than just figuring out how to take something that was headed to the trash and turn it into a consumer product. They also had to CONVINCE us to eat the stuff.

And so began the anti-saturated fat campaigns of the 60s and 70s. We were all lied to and told that healthy fats from animals such as butter and lard were unhealthy and unhealthy fats from “vegetable” oils were good for us. Lies for profit, and at our health’s expense.

Vegetable Oils – Anything But Natural

Do you know how vegetable oils are actually made? The process may shock you.

Let’s first look at a very healthy and natural fat – butter. Making butter is a simple process that comes about when cream separates from milk. Take that cream and churn it and, voila, you have butter. It’s an entirely natural process that takes little time and you can do yourself at home.

Now let’s compare this process to the production of canola oil. You might want to sit down for this:

Step 1: Grab some canola seeds. Just joking, they don’t exist. Canola oil is actually made from a hybrid version of the rapeseed, usually genetically modified and treated with pesticides.

Step 2: Heat the rapeseeds at unnaturally high temperatures. This will ensure they oxidize and become rancid.

Step 3: Next, process the seeds with a petroleum solvent to extract the oils.

Step 4: Go ahead and give that new oil another burst of high heat and add some acid to remove any nasty wax solids that formed during the first processing.

Step 5: Now to get the color just right and appealing to consumers, treat the oil with more chemicals.

Step 6: And finally, deodorize to mask the awful smell that is left after this entire process.

Step 6 ½: You also have the option of taking the vegetable oils a half-step further and hydrogenate them until they become a solid. Now you have margarine.

Now, which would YOU rather eat? Good ol’ fashioned butter, or a Frankenstein oil?

What Makes Vegetable Oils So Bad for Our Health? Hint: Not All Fatty Acids are the Same

Vegetable oils, particularly the seed oils, are high in a certain type of fat called Omega-6. While traditional fats like lard and tallow contain some Omega-6, seed oils are a much richer source.

So what’s so bad about Omega-6 fatty acids? It’s not that they are bad, per se. Omega-6, like Omega-3 fatty acids, are essential to our health. Our bodies require very small amounts of them. But the standard American diet is now full of these vegetable oils and so most people are consuming FAR TOO MANY Omega-6s.

This is bad, because in abundance, Omega-6 acids cause inflammation in the body. While Omega-3s fight inflammation, Omega-6s CAUSE it. This is why it is incredibly important to make sure your Omega-3 to Omega-6 ratio is right. Ideally the ratio would be 1:1 to 4:1 respectively. But thanks to the modern diet the ratio is more 1:16 or more!

This skewed ratio leads to inflammation, and that leads to many diseases such as:

In conclusion, vegetable oils are NOT okay and something you should STAY AWAY from at all costs. Stick to healthy fats like butter and lard. Coconut oil and olive oil are also great.

Getting Rid of Arthritis

If you suffer from the pain and stiffness of arthritis, I encourage you to eliminate all vegetable oils from your diet. This will mean you will also have to stop rating processed garbage – er, I mean “food” as well, as ALL processed food contains fake, industrially-processed oils.

Want to learn some other natural ways to get rid of your arthritis pain for good? Take a few moments to watch this video. In it you’ll learn how one doctor cured his own arthritis that caused him debilitating pain for years. He’s used these techniques to help hundreds of his own patients and now he wants to share this information with you!