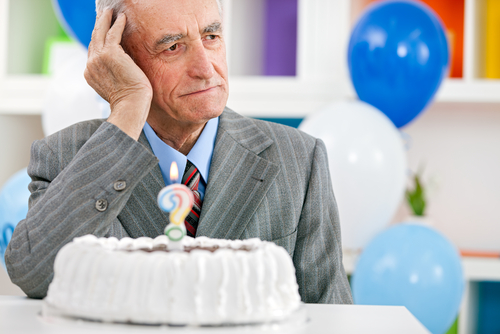 Though the incidence of Alzheimer’s disease is on the rise, with 5.7 million Americans currently suffering with it, our understanding of this disease remains cloudy. Researchers have begun to explore new theories on the origin of Alzheimer’s disease in an effort to develop more effective treatments and protocols. Their findings point to something completely unexpected: Alzheimer’s may in fact be an infectious disease caused by pathogenic microbes like fungi, bacteria, and viruses.

What is Alzheimer’s disease?

Alzheimer’s disease (AD) is a progressive neurodegenerative disease that has historically been thought to be irreversible. Symptoms of the disease are memory loss, dementia, cognitive impairment and the presence of amyloid plaques in the brain.

Alzheimer’s is the 6th leading cause of death in the United States, with 1 out of 13 seniors dying from the disease. While deaths from other disease, such as heart disease, have declined in the past decade, deaths from Alzheimer’s have increased by 123%.

But it’s not just the patient that suffers from Alzheimer’s. The diagnosis turns the lives of family members and care givers upside down. It is estimated that one in three caregivers in this country is themselves a senior over the age of 65.

Caregivers also tend to absorb a large chunk of the total lifetime cost for someone with dementia. This financial burden adds to care giver’s mental and emotional toll.

What the Research Used to Say

Alzheimer’s disease was first diagnosed over 100 years ago, and since that time, there have been numerous theories as to the pathology and treatment of the disease. Ad has been linked to amyloid plaques in the brain, to misfolded tau proteins, to genetics, to inflammation, and to medication-induced mitochondrial dysfunction. AD seems to be a slippery thing that we haven’t been able to get a hold of firmly.

Despite the fact that we haven’t been able to agree on the single cause of AD, that hasn’t stopped the pharmaceutical industry from making large sums of money. From the years 2002 to 2012, 413 AD drug trials were performed, and nearly 4 out of 5 of the clinical trials were sponsored by pharmaceutical companies. The overall success rate for these trials was low, like really low. Only 0.4 percent of tested medicines worked, making for a 99.6 percent failure rate.

The question is, were the vast majority of these medications unsuccessful because they simply weren’t very good, or because they were targeting the wrong thing?

Could Alzheimer’s actually be an infectious disease?

Infectious diseases are caused by pathogenic microbes and may be spread directly or indirectly. While infectious diseases were once prominent, thanks to vaccinations and better sanitation conditions, the rates of these diseases have plummeted over the course of the past century.

Recent research has discovered a correlation between common infectious and immune-challenging agents and the diagnosis of AD. In other words, science is now suggesting that Alzheimer’s may actually be an infectious disease.

Here are some of the observations recent research has uncovered:

A link between Ad and diabetes has recently been suggested as both diseases are associated with the presence of a common microbial community that includes Chlamydophyla pneumoniae, Helicobacter pylori, and spirochetes.

Yes, there is also a link between oral health and the diagnosis of AD. Researchers believe that the microbes living in the dental plaque biofilm can infiltrate the brain via the bloodstream or peripheral nerves and promote inflammation of the central nervous system, which is known to be associated with cognitive decline.

The link between HSV1 and AD was proposed almost 40 years ago, but no one gave it too much thought. That is until researchers devised a way to test for the HSV1 virus in the brain. The results of this new test?  A significant correlation between patients with primary or reactivated HSV1 and AD diagnosis.

Biotoxins are a poisonous substance created by a living organism. Examples are the toxins that produce botulism and tetanus. A connection has now been made between biotoxin exposure and a specific type of AD that affects younger people that is characterized by some combination of stroke-like speech impairment, partial Gerstmann’s syndrome, impaired ability to read, inability to interpret visual information, or impaired motor skills. This AD is typically referred to as “inhalational Alzheimer’s disease” (IAD), and is defined as “a manifestation of chronic inflammatory response syndrome (CIRS) resulting from biotoxin exposure.”

If AD is an infectious disease, can we prevent and even reverse it?

If it’s true that AD is a result of exposure to infectious microbes, there are definitely things you can do to decrease your chances of contracting this neurodegenerative disease. As with other health issues, lifestyle choices play a big role in prevention of AD, because how we treat our body has a huge impact on our immune system’s ability to fight bad intruders.

Here are some things you can do to restore gut health and boost your immune system:

It’s also important to educate yourself as much as possible on the true cause of disease and how you can naturally prevent and heal from health disruptions.

The Unbreakable Brain is a comprehensive guide that shows how one doctor is helping his patients get their memory back after a diagnosis of Alzheimer’s. Find out the exact steps to take to keep your brain working optimally as you age – Click Here for all the details.