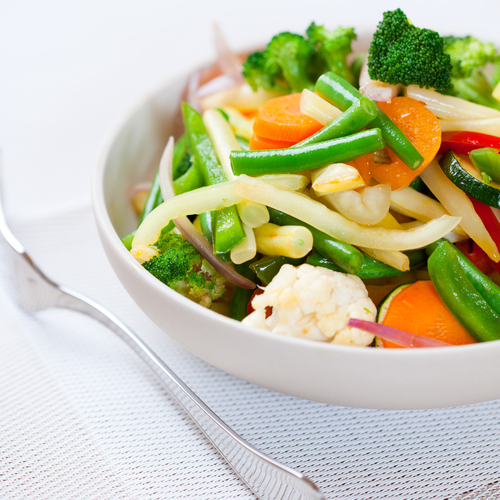 Benefits of Choline and How to Get More into Your Diet

Be honest. When you read the title of this blog post, did you think to yourself, “What’s choline I wonder?” If so, don’t worry, you’re not alone. Though the nutrient was discovered back in 1862, it wasn’t until 1998 that the Institute of Medicine recognized it as an essential nutrient for optimal health. And even still, unlike certain vitamins and antioxidants, most people aren’t aware of choline’s benefits and importance.

That is most likely because most physicians and dieticians rarely discuss the need for this critical nutrient to their patients. In fact, recent surveys found that out of several nutrients, choline is the least likely to be recommended, with only 10% of surveyed health professionals endorsing choline-rich foods with their patients.

This perhaps explains why an estimated 90% of the U.S. population is thought to be deficient in choline. That’s scary when you consider that choline plays a vital role in the function of your liver, brain, nervous system and metabolism.

What Exactly is Choline?

Let’s first start by discussing what choline is not. It’s not a vitamin and it’s not a mineral. While it is often grouped with vitamin B complex (because it has similar functions and properties), choline is actually an organic water-soluble compound that impacts numerous important processes in the body.

While your liver is able to make a small amount of choline, you need much more for optimum health. And, while there are choline supplements on the market, many of these are not bioavailable, meaning your body cannot use them efficiently. To really ensure you are getting enough choline, you will want to start eating more choline-rich foods. But I’ll get to that list in just a bit.

Choline is an important nutrient because it plays a key role in many systems and processes in the body. Let’s take a look at some of the many benefits of choline:

Good for the Heart

According to a study published in the journal ARYA Atherosclerosis, choline is beneficial in the prevention of heart disease. The nutrient has the ability to convert homocysteine (an amino acid known for increasing risk of heart disease and stroke if it is allowed to accumulate in the blood) to methionine, an essential amino acid critical for health.

Choline supports brain health by acting as a precursor for the neurotransmitter that is necessary for memory, mood and intelligence. A study published in the American Journal of Clinical Nutrition has shown that the higher your choline intake, the less your chance of experiencing cognitive decline associated with age-related disease like dementia and Alzheimer’s.

Choline is critical to the healthy development of babies because it affects stem cell proliferation and apoptosis, which may alter the brain and spinal cord structure. Getting enough choline into the diet while pregnant may increase the baby’s lifelong memory function and lower their risk for neural tube defects.

A study published in the journal Biological Psychiatry shows that choline supplementation can help reduce the manic periods in people with bipolar disorder. Choline has also been shown to help relieve depression and anxiety.

A 2008 study that followed over 1500 women found that those who ate choline-rich foods are 24% less likely to develop breast cancer.

Choline is necessary for healthy liver functioning. In fact, diets low in choline have been shown to increase a person’s chances of developing non-alcoholic fatty liver disease.

Choline is necessary to help maintain the structural integrity of cell membranes. Choline also helps cells “talk” to one another.

Choline is necessary for the production of acetylcholine, a neurotransmitter involved in various neuronal functions, including muscle control, circadian rhythm and memory.

As you can see, choline is incredibly important for your overall health. If you think you may not be getting enough choline in your diet, here are some awesome food sources to add to your grocery list.

If you want to increase your choline intake, these are the foods to focus on:

If you haven’t been getting enough choline into your diet, do your best to add some of these foods. Remember, your heart, brain, liver and nervous system depend on enough choline to work properly.

If you or someone you love has been diagnosed with dementia, you will especially want to pay attention to diet right now and eat more of these foods.

You see, contrary to what many people have been led to believe, dementia and Alzheimer’s do NOT have to be a life sentence. There are things you can do to not only prevent these disease from developing, but also to completely reverse them.

Yes, you read that right. The truth is, our brains are extraordinarily powerful machines and if we take care of them, they can go the distance.

If you’d like to find out how you can reverse dementia and get your brain working optimally, then I encourage you to pick up a copy of “The Unbreakable Brain.” It could be the most important piece of content you will ever read. Click Here for all the info.