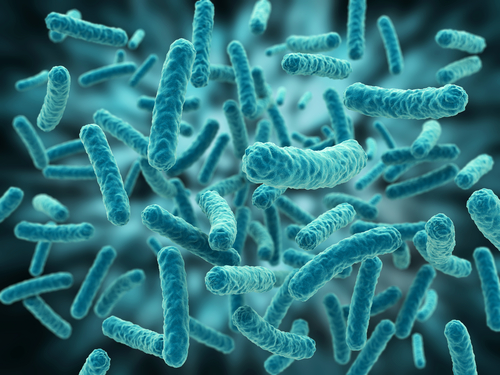 Follow Your Gut… And The Bacteria Inside of It

None of us are ever really alone. That’s because at any given moment in the day, our gut is alive with tens of trillions – tens of TRILLIONS – of microorganisms that make up what is called our gut microbiota, or gut flora. These trillions of microorganisms include at least 1000 different species of known bacteria that contain more than 3 million genes. To put this into a bit of perspective, that’s 150 times more than human genes!

What’s particularly interesting is that while one third of our gut microbiota is common among most people, two thirds are very specific to each one of us. That’s even more incredible than our individual fingerprints.

Scientists now consider our gastrointestinal (GI) tract as one of the most complex microbial ecosystems on the entire planet and have discovered that all of those microbes in your gut do far more than aid in digestion. Those little buggers have a huge influence on your brain, heart, weight, skin, mood, and the list goes on.

Did you know that…

80% of Your Immune System Lives in Your Gut

Everyone tosses the phrase ‘immune system’ around, from doctors to advertisers to us regular folks, but most of us have no clue that 80% of our immune system is located in our GI tract. Yes, that system that fights colds and flus and cancer, it’s in your gut!

Researchers are now beginning to understand that these trillions of microbes in our GI tract play a vital role in the functioning of our body. For instance, beneficial bacteria, also known as probiotics, have been shown to:

An article published by the Institute of Science for Society highlighted the work of Dr. Eva Sirinathsinghji who studied how microbiota influences cancer susceptibility. These organisms also appear to impact the efficacy of various cancer treatments. Dr. Sirinathsinghji cites a study in which mice that were given antibiotics three weeks before tumor inoculation responded poorly to the tumor immunotherapy.

Some therapies, including specific chemotherapy agents, actually rely on your gut’s probiotics to eradicate the tumor. Again, this good bacteria has a positive effect on inflammation as well as metabolism, two of the biggest hallmarks of cancer.

Dr. Sirinathsinghji has said, “With the advent of metabolomics and deep sequencing techniques, researchers are beginning to decipher the role of specific microbes as well as specific global microbiotic profiles associated with different cancers. These discoveries are leading to new avenues of research into cancer prevention and treatment. The relationship between our gut microbiota and cancer appears to be complex, involving both specific microbial species as well as dysregulation of the global microbiota, called dysbiosis.”

We’re learning an awful lot about the important role your gut’s microbiota plays in your health. But there’s still more you may not know about these good bacteria.

Scientists have now recognized that over 85% of our brain’s ‘happy hormones’ are produced… you guessed it, in our gut! Take Serotonin for example – this hormone is responsible for not only making us feel calm and happy but it also helps us sleep well – which is extremely important in maintaining a good quality of life and it is largely produced in our gut.

And Speaking of Sleep

All of us know by now that poor quality of sleep leads to poor health. Recent research suggests that individuals with sleep problems like insomnia are at greater risk of developing serious health problems.

Well, as it turns out, poor sleep is now being linked to poor gut health. Several research studies support the associations among sleep, immune function and inflammation. Are you beginning to see the connection? If you have trouble sleeping, it’s time to get your gut healthy.

We’ve mentioned this previously but it bears repeating. Most diseases including arthritis and cancer involve some degree of inflammation. Even the effects of aging are accelerated with higher amounts of inflammation in the body. Increased levels of interleukins and lymphocytes (inflammation markers) have all been reported in the guts of people who have an overgrowth of bad bacteria.

The healthier our gut, the stronger our immune system, and the less likely we will suffer as a result of food or environmental allergens. Studies have shown that treatment of probiotics during the last month of pregnancy and the first six months of infancy may decrease the child’s susceptibility to allergic diseases such as eczema and food sensitivities.

We all think of the kidneys as being the organs that are mostly responsible for elimination of toxins, but the skin is actually the biggest organ with this responsibility. Our skin, how it performs as well as how it looks, is affected by hydration and inflammation. Acne, eczema, psoriasis and ageing skin are all linked with gut flora imbalance.

Are you having big A-ha moments right now? Discovering that your overall health and well-being is entirely dependent on the health of your gut is an important turning point and gives you the ability to take your health and your life back.

You’ll definitely want to keep an eye out for my next blog post because I am going to outline everything you need to know about good bacteria VS bad bacteria, and what you need to do to make sure your gut has the right balance.