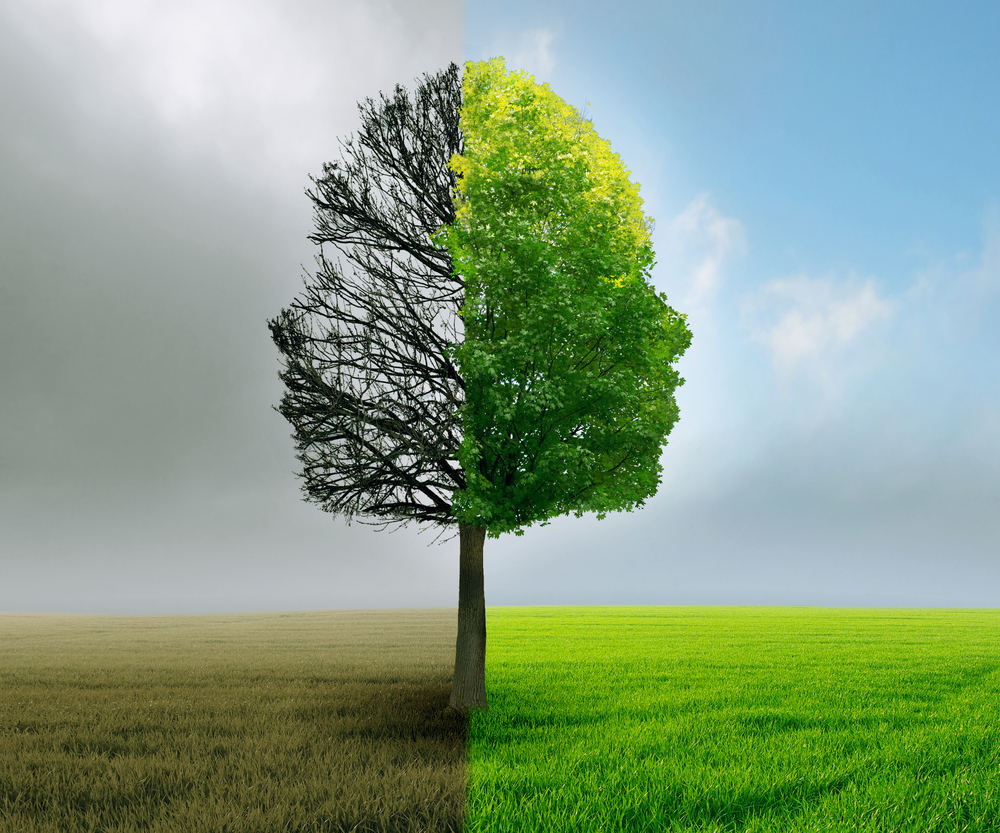 How to Fight Seasonal Depression

It’s that time of year again: the days are getting shorter and the light fading earlier; the leaves in many parts of the country are turning shades of crimson and gold and being lifted off their branches by the crisp, autumn air. While some people welcome fall and the cooler temps, many people start to feel the familiar blues coming on.

If you’re one of these people, this feeling is not just something in your head, it is real and it has a name – two names actually – seasonal depression or seasonal affective disorder (SAD). This is a mood disorder that rears its ugly head every year, starting in late fall and usually ending in spring or early summer.

More people than you may suspect suffer from SAD. According to results of a survey taken of hundreds of thousands of North American’s, close to 20% of the general population complained of SAD symptoms. When the data was analyzed, a definite pattern emerged: in states like Florida and Arizona,] where the weather remains fairly mild all year long and the daylight hours are consistently longer, less than 5% of people were affected by SAD.

Conversely, roughly 30% of residents in states like Alaska and Washington suffer from the affliction. The study also revealed that women are more susceptible to SAD than men, experiencing it three times as often.

While the exact causes of SAD remain a mystery, some medical experts believe certain hormones in the brain trigger these mood swings during specific times of the year. One theory says fewer hours of sunlight during fall and winter months lead to decreased production of serotonin, the mood regulating hormone. When this happens the result is depression with other potential symptoms such as weight gain and fatigue.

People with SAD have many of the normal warning signs of depression, including:

If you suspect you may have seasonal affective disorder, talk with your doctor and get an assessment. What you may think is “simply” seasonal depression may in fact be diagnosed as something else. If you are diagnosed with SAD, consider some alternative treatments before filling a prescription for an anti-depressant, which often comes with nasty side effects.

Here are some effective natural therapies that have been shown to alleviate symptoms of SAD:

For some people, getting outside in the colder months is just not possible. In these situations, light therapy is probably the most common treatment for SAD. It uses a full-spectrum bright light that mimics the sun’s natural light. A person with SAD would typically sit about two feet away from the light reading or using the computer. Light therapy sessions would start at around 10 or 15 minutes per day and slowly increase to about 30 – 45 minutes per day.

Many people respond well and quickly to light therapy, experiencing relief in just one to two days. Those who don’t experience quick relief may find their doctor suggests increasing therapy sessions to twice daily.

Light therapy basically acts like the sun by modifying the amount of melatonin secreted and boosting serotonin levels in the brain.

Continuing on the topic of light therapy, there are alarm clocks called dawn simulators that can help alleviate some of SAD’s symptoms. Instead of abruptly being awakened with beeping or loud music, dawn simulators produce light that gradually increases in intensity just like the sun. Look for models that come in full-spectrum light as these mimic natural light the best.

Exercise can be very helpful in alleviating symptoms of SAD. If you can tolerate colder temperatures, exercising outdoors is always best because you can get sunlight while you move your body and get that great endorphin rush that feels so good. If this isn’t possible, place your stationary bike or treadmill near the window so you can get the best of both worlds.

Besides natural light and exercise, there are also foods that have the ability to boost serotonin levels in the body. Certain nutrients in certain foods can alter brain chemistry. Some of the key nutrients are carbohydrates, B vitamins, and omega-3 fatty acids.

Foods rich in complex carbohydrates, such as starchy foods, help produce a group of neurotransmitters that influence our mood and behavior. One of these neurotransmitters is, of course, serotonin, which not only helps regulate our mood but our appetite and sleep patterns as well.

Foods such as whole wheat bread, potatoes and brown rice are rich in complex carbs as well as the amino acid tryptophan, which gets converted into serotonin in the brain.

Tyrosine is another important amino acid (it’s actually the building block of protein) and found in meats, poultry, dairy products, and nuts. Tyrosine encourages your brain to release dopamine and norepinephrine, two neurotransmitters that help perk up your brain and make you feel more alert. Other foods rich in Tyrosine are almonds, avocados, bananas, lima beans, pumpkin seeds and sesame seeds.

Many people in the United States who are diagnosed with clinical depression often have low levels of folate, an important B vitamin, in their bloodstream. Foods such as leafy greens, fish and whole grains are high in B vitamins which can increase serotonin levels. Foods such as chickpeas, kidney and black beans are particularly high in folate, so try and add these into your diet come the winter months. A bowl of spicy black bean soup will warm you up and put you in a better mood.

Cold-water fish like tuna, herring, salmon and mackerel are not only high in the B vitamins, but also in the polyunsaturated fatty acid known as omega-3. Omega-3 fatty acids in fish also help trigger the production of serotonin, which elevates your mood, and they also give you energy, help with weight loss, and fight inflammation throughout your body.

You don’t have to live with the symptoms of seasonal affective disorder another year. Speak with your doctor and try some of these natural treatments for a kinder, gentler winter.