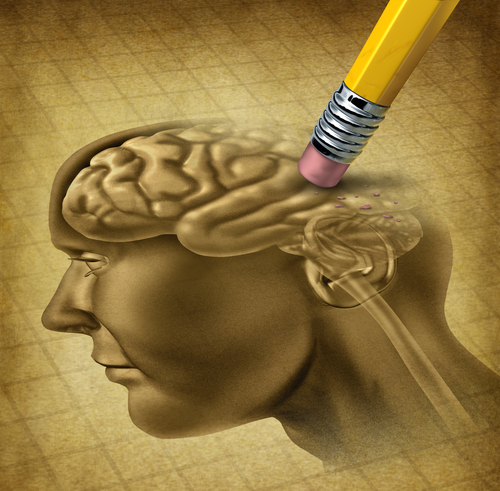 If My Parent Had Alzheimer’s, Will I Get it, Too?

According to the Alzheimer’s Association, there are roughly 5.8 million Americans living with Alzheimer’s, and that number is expected to increase to 14 million by 2050. This degenerative disease is the sixth-leading cause of death in this country, responsible for more deaths than prostate and breast cancer combined.

If you have a parent that has battled Alzheimer’s, you may be wondering if the disease is hereditary. We’ll explore causes, risk factors and prevention in this article, so be sure to read the whole thing.

It’s hard to exactly pinpoint how or why Alzheimer’s disease develops. Researchers believe there are multiple factors that cause the disease to develop, though the exact mechanisms aren’t clear as of yet.

As we age, many of us tend to joke about having more “senior moments.” You know, those times when you can’t remember a close friend’s phone number or you walk into a room to retrieve something and once there, forget why you walked in. These types of moments are common and nothing necessarily to be concerned about.

While early signs of Alzheimer’s do include memory loss, it’s the kind that disrupts your daily life. You may find yourself becoming more confused about time or place, have difficulty solving problems or planning things, or even find completing common everyday chores and tasks challenging.

In addition to memory loss, signs of mild Alzheimer’s will also typically include poor judgement that leads to bad choices, wandering and/or getting lost in familiar locations, and repeating questions. According to the Alzheimer’s Association, as the disease progresses, individuals experience behavioral issues such as depression, agitation and hallucinations. Eventually the disease gets to a point where the person is unable to communicate, may have seizures and lose control of their bowel and bladder.

If a person has one or more first-degree family members that have had the disease, there is an increased risk. Though again, there are more risk factors, such as lifestyle factors, that also play a major role.

Let’s look at some of those lifestyle factors:

Smoking is incredibly bad for your health. There’s no other way to really say it at this point. Not only does smoking cause heart disease and cancer, but it also greatly increases your risk of developing dementia and Alzheimer’s.

Individuals that have suffered some sort of brain injury have an increased risk of Alzheimer’s. Some common brain injuries that can lead to Alzheimer’s are from car accidents, sports injuries, and trauma suffered by soldiers in combat. Research suggests that sustaining even a mild concussion can increase your risk of developing dementia later in life.

Ways to Slow the Onset of the Disease

As you can see, there are a variety of factors that come into play when it comes to who develops Alzheimer’s. Here are some strategies you can use to decrease your chances of developing the disease:

As you saw, obesity, type 2 diabetes, and heart disease all contribute to the development of Alzheimer’s, as does chronic inflammation. Reduce your consumption of processed foods and eat whole foods with an eye toward an anti-inflammatory diet. Many people live healthily following the Mediterranean diet.

Regular exercise is good for your heart, muscles, bones and brain. The World Health Organization recommends that adults ages 18 to 64 engage in “at least 150 minutes of moderate-intensity physical activity throughout the week.” The WHO also recommends that people over the age of 75 also perform 75 minutes of “vigorous aerobic activity” each week.

Your brain and ENTIRE body will thank you.

I started this article with a question: If my parent had Alzheimer’s will I get it, too? Not necessarily. There are just too many factors that play into this disease. There are people who have had parents with the disease and they never develop it, most likely because they take care of their overall health, manage their weight, eat right and don’t smoke. Then again, there are those individuals with no family history or genetic predisposition who develop the disease, most likely because their overall health is not good.

While you can’t choose your family, you can take control of your health and make the best decisions on a daily basis.

Want to learn how to completely prevent and Even REVERSE Alzheimer’s disease?

Watch the following video and learn how one doctor has already helped countless patients get their memories and their life back!