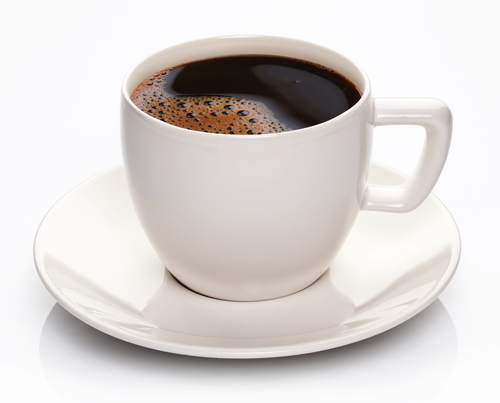 Is Coffee Good or Bad for You? The Verdict is Finally In!

Hands down coffee is one of the world’s most favorite beverages. In most cities across the country, there are multiple Starbucks, Dunkin Donuts as well as locally-owned coffee shops dotting just about every corner.

But as delicious as coffee is, it’s a bit of a mystery. Read one article and you’re told coffee is healthy for you, read another and it will list 5 reasons why you should quit drinking the stuff.

So what’s the truth when it comes to coffee? Well, the truth is… not so simple. The truth is coffee has some AMAZING health benefits. These have been scientifically proven and there is, at this point, no disputing them.

The other truth is, like most things in life, moderation is key. Drink a little coffee and reap those benefits. Drink too much coffee and you’ll be hit with some nasty side effects, and we’ll cover those in a bit.

But first, let’s go over some of the wonderful health benefits coffee offers.

Let’s start with the obvious. Coffee helps us feel less tired and increases our energy levels, thanks to the caffeine content. But beyond this, the caffeine in coffee can actually help your brain perform better.

You see, when the caffeine is absorbed into your bloodstream, it travels to your brain, where it blocks the inhibitory neurotransmitter adenosine. Once this “bad guy” has been suppressed, the levels of “good guys” like norepinephrine and dopamine increases, leading to enhanced firing of neurons.

So, in a way you could say drinking coffee makes you smarter and can improve memory, reaction times and general mental function.

Can Help with Your Weight Loss Goals

Look on the ingredient list of just about any fat-burning supplement and you’ll most likely find “caffeine” listed there. That’s because caffeine is one of the very few natural substances proven to aid in fat burning.

In fact, a study in the Annals of Nutrition and Metabolism showed that caffeine can boost your metabolic rate by 3-11%. Other studies have shown caffeine specifically increases fat burning by as much as 10% in obese individuals and 29% in lean people.

Guess why so many athletes will pound an energy drink before practice? Because caffeine increases levels of epinephrine (adrenaline) in your blood. This is one of the fight or flight hormones that prepares your body for intense physical exertion. Plus, caffeine breaks down body fat, which in turn makes free fatty acids available to your body as fuel.

So if you find you run out of steam halfway through your workout, it’s not a bad idea to have a cup of coffee an hour before you head to the gym.

May Lower Risk of Certain Types of Cancer

Not only is cancer one of the leading causes of death in the entire world, but it seems that traditional treatments like chemo and radiation cause just as much illness and even death as the disease itself.

Coffee has shown promising results when it comes to protecting from two specific types of cancer: liver and colorectal. Studies have shown that coffee drinkers have up to a 40% lower risk of liver cancer. Another study showed a 15% lower risk of colorectal cancer in people who drank multiple cups of coffee each day.

May Lower Your Risk of Type 2 Diabetes

Type 2 diabetes affects millions of people worldwide. While the exact mechanism is not quite understood, it appears those people who drink coffee have a significantly reduced risk of type 2 diabetes. That is provided they don’t pour pounds of sugar into each cup and stay away from syrupy lattes. In fact one study actually showed a reduction as high as 67%.

May Protect You From Alzheimer’s Disease and Dementia

As we age, many of us will experience lapses in our memory. Sometimes this will be normal little lapses and sometimes it will be an indicator of something more serious going on.

Alzheimer’s is the most common neurodegenerative disease and the leading cause of dementia worldwide. But more and more research is uncovering that fact that lifestyle choices, like diet, play a big role in how our brains age.

The good news is, several studies have shown that coffee drinkers have up to a 65% lower risk of Alzheimer’s disease.

A Huge Source of Antioxidants

Coffee is one of the biggest sources of antioxidants. In fact, for many people eating the standard western diet, coffee can be the healthiest thing they consume. And studies have shown many people get more antioxidants from coffee than fruits and veggies combined.

It’s quite possible that coffee is the healthiest drink on the planet. If you want to eradicate some of the free radicals swimming around in your body, then have a cup or two of Java.

As you can see, coffee offers tremendous health benefits. And this isn’t even an exhaustive list. But, before I end this blog post, we have to get one thing straight…

The reason coffee tends to get a bad rap is because people overdo it. It’s the same with wine. Wine, in small doses, offers tremendous health benefits. But drink too much of it on a regular basis, and now you’re causing your body damage.

Here are some of the nasty side effects of drinking too much coffee.

I mentioned coffee can make you more alert and give you more energy. But if you keep turning up that dial, you end up with anxiety. Remember how caffeine releases adrenaline. Well in smaller doses it’s great for physical performance. But too much of it in your system at once will cause nervousness and jitters.

Well, this one seems fairly obvious. Drink too much coffee during the day and you’ll most likely have trouble falling asleep at night. If this happens night after night, the lack of sleep can negatively impact your health.

You may have known someone that had to have that morning cup of coffee to get their bowels moving. Caffeine does indeed have a laxative effect. Drink too much coffee and you may experience loose stool or diarrhea.

Some studies have also suggested that caffeinated beverages may worsen gastroesophageal reflux disease (GERD) in some people. This seems to be especially true of coffee.

There’s no denying that many people are 100% addicted to coffee. If they try to go one day without it, they are cranky, irrational, moody and barely able to function from fatigue. While coffee definitely has benefits, it’s worth mentioning that it is a highly addictive substance. That’s because it triggers similar brain receptors as do substances like cocaine and amphetamines.

The stimulatory effects of high caffeine intake may cause your heart to beat faster. It may also lead to altered heartbeat rhythm, called atrial fibrillation. This has been reported in young people who consumed too many energy drinks that contained extremely high doses of caffeine. This is not healthy for anyone, but especially not for people with a heart condition.

So is coffee good or bad for you? Yes. Drink in moderation and you’ll reap some pretty sweet health benefits.

If you’d like to learn other ways you can naturally protect your brain against Alzheimer’s, watch this special presentation. Not only can Alzheimer’s be prevented, it can be REVERSED… and this doctor will show you how.