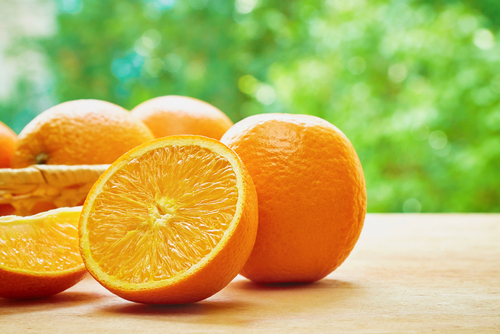 If you have a dog or a cat at home, have you ever looked at their food’s ingredient list? If you have, you may have noticed that vitamin C is never included. That’s because dogs and cats can make their own vitamin C and don’t have to supplement through their diet.

In fact, pretty much all living organisms on this planet make their own vitamin C except bats, guinea pigs, and certain primates, birds and fish. And of course us humans. We have to get our vitamin C through the foods we eat (or supplements we take).

So what happens when we don’t get enough vitamin C in our diets?

You may have remembered the stories taught in school about European explorers during the 14th and 15th centuries. These men started dying in very large numbers of a horrific and mysterious disease when they were at sea. The sailors would develop brittle bones that broke ridiculously easy, would suddenly start bleeding out of certain orifices and their teeth would fall out. Oh, and then they would die. That was scurvy. Once doctors figured out what was going on and that this “mysterious” disease was nothing more than a vitamin C deficiency, sailors started loading potatoes and limes onto their boats to protect themselves.

We Used to Make Vitamin C

We may never know why our bodies decided we should rely on fruits and vegetables for vitamin C instead of make our own. The important thing is that we do make sure we get enough in our diet. Besides keeping scurvy away, vitamin C has a lot of other benefits.

The Many Benefits of Vitamin C

You’ve known for years that vitamin C helps support your immune system so you can fight off colds and other illnesses, but studies are continually uncovering even more potential health benefits.

Some scientific research has indicated that vitamin C plays a key role in improving the absorption of iron supplements taken orally.

Urinary tract infections (UTIs) are common in the elderly and women during pregnancy. Research has suggested that vitamin C may lower the risk of developing UTIs.

Most of us live our daily lives dealing with our fair share of stress, and this stress wreaks havoc on our health. Meta-analysis has shown that vitamin C is beneficial to people whose immune systems have taken a hit because of stress. Beyond this, vitamin C is a sensitive nutrient that is easily depleted in certain populations like smokers, alcoholics and the obese, so vitamin C is a great marker for a person’s overall health.

While vitamin C is not a cure necessarily for the common cold, studies have shown that is does have the ability to stop colds and flues in their tracks before they can develop further complications such as lung infections and pneumonia.

Although further research will need to be conducted, one study in the American Journal of Clinical Nutrition found that participants who had the highest levels of vitamin C in their blood were associated with a 42% lower stroke risk than those with lower concentrations. Though scientists are not exactly sure of the mechanics behind this result, they are sure that vitamin C plays a crucial role in vascular health.

Vitamin C is crucial to the production of collagen which is crucial to the production of hair, skin, and bones. In another study published by the American Journal of Clinical Nutrition, 4,025 women between the ages of 40 and 74 were examined. Those who had higher intakes of vitamin C were found to have less wrinkles or the likelihood of dry, aging skin.

Other studies have suggested vitamin C may also play a role in maintaining good eye sight, reduce inflammation, and reduce the risk of cardiovascular disease and certain types of cancer.

For decades we have all been under the vitamin C spell of oranges. (You’ll notice we chose an image of oranges on purpose for this post!) If you needed vitamin C, you had an orange. If you felt like you were coming down with a cold, you drank a glass of orange juice. And while there is no denying that oranges and orange juice are loaded with healthy vitamin C, there are fruits and vegetables that offer even more of it:

Not only are yellow peppers crunchy and delicious and low-cal, they offer more vitamin C than an orange. Just half a cup provides 155mg which is more than the recommended daily intake. So, stuff them or chop them up into your salad, but start eating them today.

Here is one tropical fruit that is delicious and fun to say at the same time. Oh, and it also happens to have an impressive 238 milligrams of vitamin C. As an added bonus, papaya is also rich in beneficial vitamin A and fiber.

Moving up the vitamin C charts we have another tropical fruit that packs a staggering 377 milligrams of vitamin C per cup! That’s way more than an orange and five time the recommended daily intake.

Kale has become a darling among the juicing community because it is loaded with so many beneficial nutrients, and when you juice it, you usually double or triple the amount you consume. But even if you use this leafy green as a base for your salads, you still get more vitamin C than an orange, with two cups providing 150 milligrams.

Okay, so to be fair to the orange, a cup of strawberries has about the same amount of vitamin C, it’s just not many people know that and so many people prefer strawberries to oranges. If this is you, eat up!

You’ve always known vitamin C was good for you, but not this good. If you suspect you haven’t been getting enough in your diet, it’s time to remedy that and eat more fruits and vegetables that are rich in this beneficial nutrient.